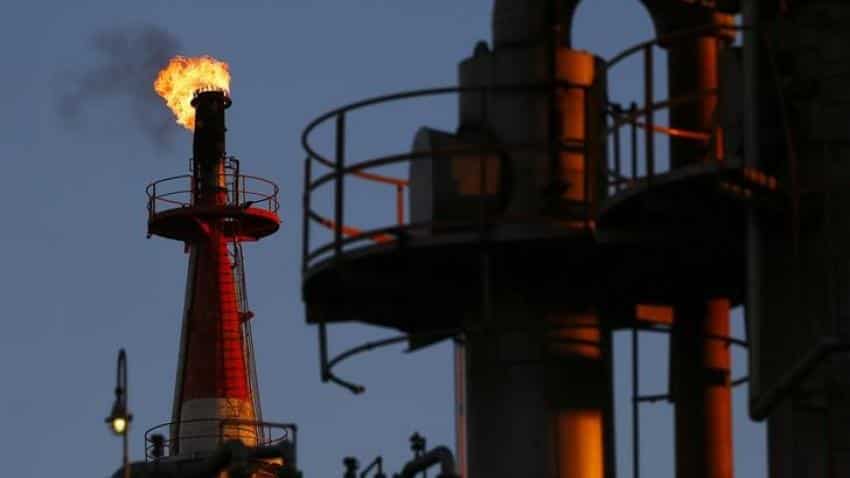 A flame shoots out of a chimney at a petro-industrial factory in Kawasaki near Tokyo. Image source: Reuters
RELATED NEWS

Oil prices held just below December 2014 highs on Monday, supported by ongoing output cuts led by OPEC and Russia despite a rise in U.S. and Canadian drilling activity that points to higher future output in North America.

Brent crude futures, the international benchmark for oil prices, were at $69.85 per barrel at 0412 GMT, down 2 cents from their last close.

ANZ bank said on Monday oil prices had recently risen "on the back of data continuing to show the market is tightening."

Oil markets have been well supported by production cuts led by the Organization of the Petroleum Exporting Countries (OPEC) and Russia which are aimed at propping up crude prices.

The cuts started in January last year and are set to last through 2018, and they have coincided with healthy demand growth, pushing up crude prices by more than 13 percent since early December.

But other factors, including political risk, have also supported crude.

"Tighter fundamentals are (the) main driver to the rally in prices, but geopolitical risk and currency moves along with speculative money in tandem have exacerbated the move," U.S. bank JPMorgan said in a note.

Despite the sharp price rises since December, some analysts have been warning of a downward correction.

"Many believe that oil prices above $60 will self-correct as this level of prices will encourage substantially more drilling in U.S. shale which will lead to increased supply," said William O`Loughlin, investment analyst at Australia`s Rivkin Securities.

That was the biggest increase since June 2017, and ANZ bank said the jump came "as shale producers quickly reacted to the strong rise in prices in 2018."

The picture was similar in Canada, where energy firms almost doubled the number of rigs drilling for oil last week to 185, the highest level in 10 months.

The high prices for crude, which is the most important feedstock in the petroleum industry, have also crimped profit margins for oil refiners, resulting in a decline in new crude orders.