Oil jumps to highest since mid-2015, Fed hike on horizon 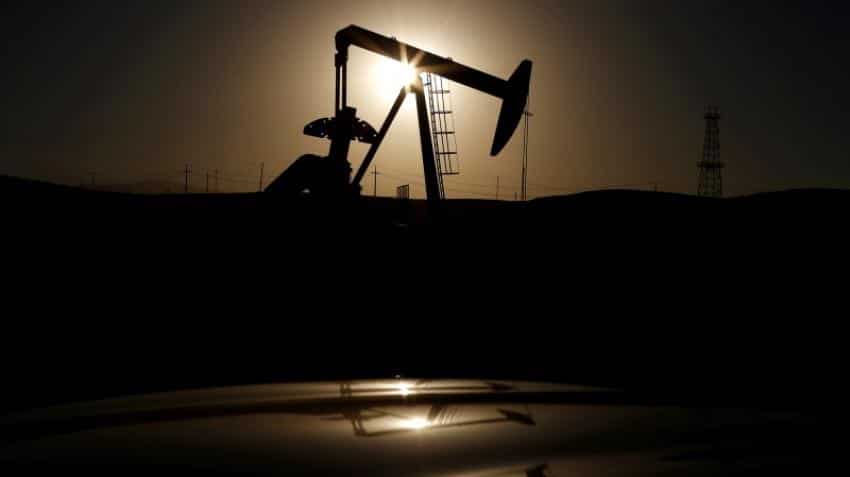 Oil prices surged to an 18-month high on Monday after the world`s top crude producers agreed to the first joint output cut since 2001, sparking concerns about inflation, which pushed up U.S. Treasury yields to a more than two-year peak.

Yields also gained ahead of a two-day Federal Reserve policy meeting that starts on Tuesday, where the U.S. central bank is expected to raise interest rates for the only the second time since the global financial crisis.

The gain in oil prices followed the weekend agreement between OPEC and key non-OPEC states. U.S. crude futures rose $1.33 to settle at $52.83 a barrel, a 2.6 percent gain, though that was sharply off the day`s highs.

There was particular surprise as Saudi Arabia, the world`s top producer, said it may cut its output even more than it had first suggested at an Organization of the Petroleum Exporting Countries meeting just over a week ago.

The OPEC news and surge in oil prices were "good news for economic growth in the U.S. as well as Russia and others. But it will be to some extent tempered by a little bit of an impact on consumer spending," said Hugh Johnson, chief investment officer of Hugh Johnson Advisors LLC in Albany, New York.

"There are so many reasons to believe inflation is going to be headed higher, and this just adds fuel to that fire," which is why bond yields are up and the U.S. stock market is mixed, he said.

"We have the Fed decision coming up on Wednesday, and people are unsure whether they should buy the dip here," said interest rate strategist Gennadiy Goldberg of TD Securities in New York.

In the currency markets, the dollar fell against most major currencies on concerns the Fed could suggest in an upcoming policy statement that the greenback`s gains had gone too far.

At the same time, the gains in oil prices boosted commodity-linked currencies.

Gold prices turned higher after falling to their lowest in more than 10 months as the U.S. dollar fell.