India`s daily oil imports from Iran rose to the highest in at least 15 years in August, according to trade sources and shipping data. 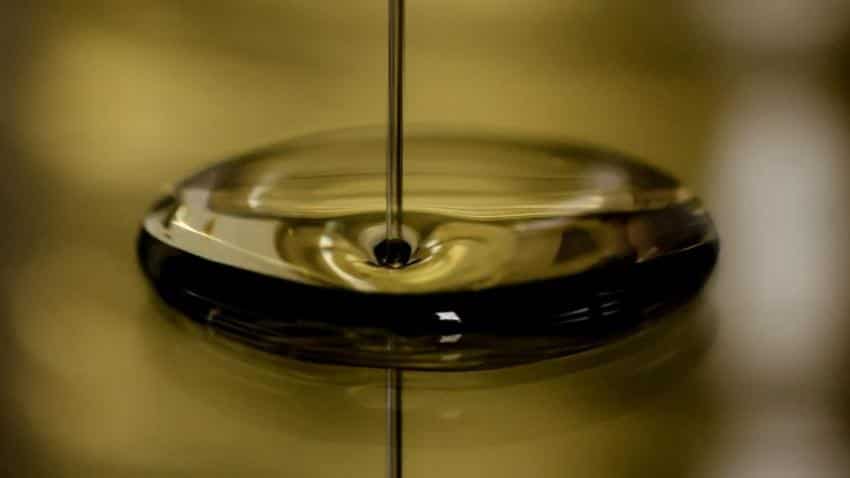 Benchmark Brent crude futures fell to a two-week low of $45.52 a barrel, down $1.07. Photo: Pixaby
Written By: Reuters
RELATED NEWS

Oil prices fell to multi-week lows on Friday as rising Iranian exports and returning supplies from Libya and Nigeria fuelled concerns that a global glut would persist.

Both contracts have fallen 9-10 percent in one week, underlining the volatility in the oil market.

"We`ve seen a lot of bearish news this week ... so weak fundamentals are weighing on the market," said Frank Klumpp, oil analyst at Stuttgart-based Landesbank Baden-Wuerttemberg.

Iran is nearing its pre-sanctions oil export levels after a source familiar with the country`s tanker loading schedules said the third-biggest OPEC producer had raised exports to more than 2 million barrels per day (bpd) in August.

Much of Iran`s fresh output has found a home in Asia and Europe. India`s daily oil imports from Iran rose to the highest in at least 15 years in August, according to trade sources and shipping data.

Austria`s OMV said it had taken delivery of an Iranian crude oil spot delivery in Italy, its first cargo from Iran since 2012.

There are also signs of a return of output from Nigeria and Libya, two countries whose crude exports have been hampered by conflict and unrest.

Libya has lifted force majeure at some of its main ports and is resuming oil exports, the National Oil Corporation said on Thursday.

In Nigeria, ExxonMobil was making preparations to load a cargo of Qua Iboe crude at the end of September, trading sources said, its first since it imposed force majeure in July.

The United States has witnessed more growth in daily output than any other major producer thanks to the boom in shale oil production.

UBS analysts said in their latest oil market report they expected Brent to average $60 a barrel next year and $70 in 2018.

"In the absence of a clear price anchor we believe that while oversupply persists crude will likely trade in a wide range between cash costs of current supply at $30/bbl and lower and the long-run marginal cost at $60-80/bbl," they wrote.