The US oil rig count, an indicator of future production, rose by seven to 798, its highest since April 2015, according to a weekly report from General Electric`s Baker Hughes unit. 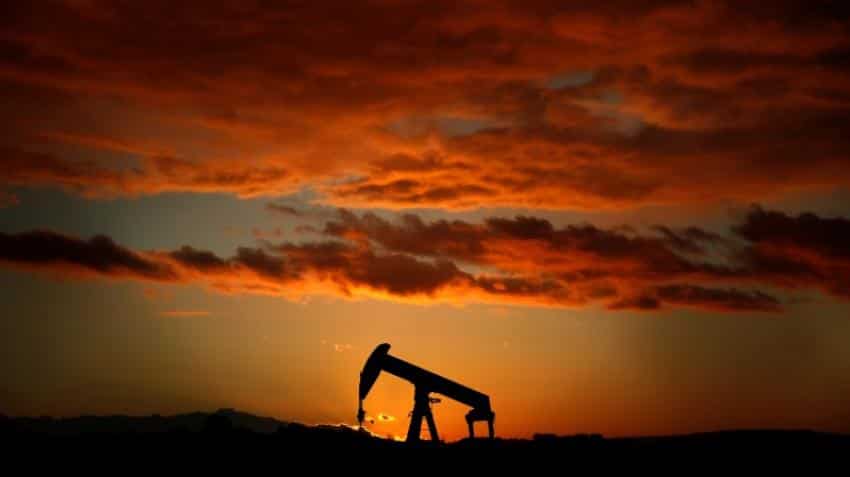 Oil prices extended gains to hit their highest level in nearly two weeks on Monday, buoyed as Asian shares joined a global recovery in equity markets and as worries grew over tensions in the Middle East.

Prime Minister Benjamin Netanyahu said on Sunday that Israel could act against Iran itself, not just its allies in the Middle East, after border incidents in Syria brought the Middle East foes closer to direct confrontation.

"The upside momentum since WTI hit last week`s low of $58 has been continuing," said Tetsu Emori, CEO of Emori Capital Management in Tokyo.

"Oil got mild support from gains in Asian equity markets, but has been getting pressure from the rise in U.S. rig count and a slight recovery in the dollar."

Trading is expected to be slower than usual due market holidays in the United States as well as Greater China.

The U.S. oil rig count, an indicator of future production, rose by seven to 798, its highest since April 2015, according to a weekly report from General Electric`s Baker Hughes unit.

That marked the first time since June that drillers added rigs for four consecutive weeks, and the figure was well up on the 597 rigs that were active a year earlier as energy companies have boosted spending since mid-2016 when crude prices began recovering from a two-year crash.

Surging U.S. production is offsetting efforts by the Organization of the Petroleum Exporting Countries (OPEC) and some other producers including Russia to curb production by 1.8 million barrels per day (bpd) until the end of 2018.

Money managers slashed their bullish wagers on ICE Brent crude oil futures by the most in nearly eight months in the week to Feb. 13, data showed, as prices plunged amid concerns of oversupply.

Speculators also cut net long US crude futures and options positions in the week to Feb. 13 by the most since late August, the U.S. Commodity Futures Trading Commission (CFTC) said.