Oil prices dropped on Wednesday, after a mixed finish in the previous session, amid worries that soaring coal and natural gas prices in China, India and Europe will stoke inflation and slow global growth, reducing oil demand. 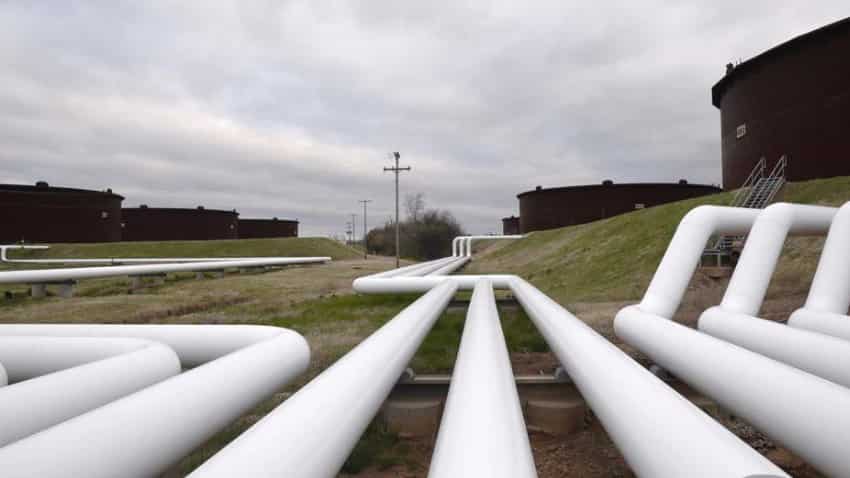 Oil prices dropped on Wednesday, after a mixed finish in the previous session, amid worries that soaring coal and natural gas prices in China, India and Europe will stoke inflation and slow global growth, reducing oil demand.

A strong U.S. dollar, trading near a one-year high, also weighed on oil prices, as it makes oil more expensive for those holding other currencies.

The International Monetary Fund on Tuesday cut its growth outlooks for the United States and other major economies on worries supply chain disruptions and cost pressures are holding back the global economic recovery from the coronavirus pandemic.

Commonwealth Bank analysts highlighted the IMF`s concern that "momentum has weakened and uncertainty has increased".

However, oil watchers are still focused on whether soaring gas and coal prices will lead to more demand for oil products for power generation.

"There are growing expectations that the high prices for gas and thermal coal are likely to boost demand for alternative fuels such as diesel and fuel oil," ANZ Research analysts said in a note.

The market is also awaiting U.S. oil inventory data, delayed by a day following the Columbus Day holiday on Monday.

Analysts polled by Reuters estimate U.S. crude inventories rose by 100,000 barrels in the week to Oct. 8, which would mark a third straight week of increases.

They also estimated that gasoline stockpiles rose about 100,000 barrels, while distillate inventories, which include diesel, heating oil and jet fuel, dropped by about 1 million barrels.

Data from the American Petroleum Institute, an industry group, is due at 4:30 p.m. EDT (2030 GMT) on Wednesday and from the U.S. Energy Information Administration on Thursday.