The United States and China are threatening punitive tariffs on each other`s exports, which could include oil supplies, which sent Chinese stocks to their lowest in almost a year and kept European indices and other industrial commodities such as copper and nickel under pressure. 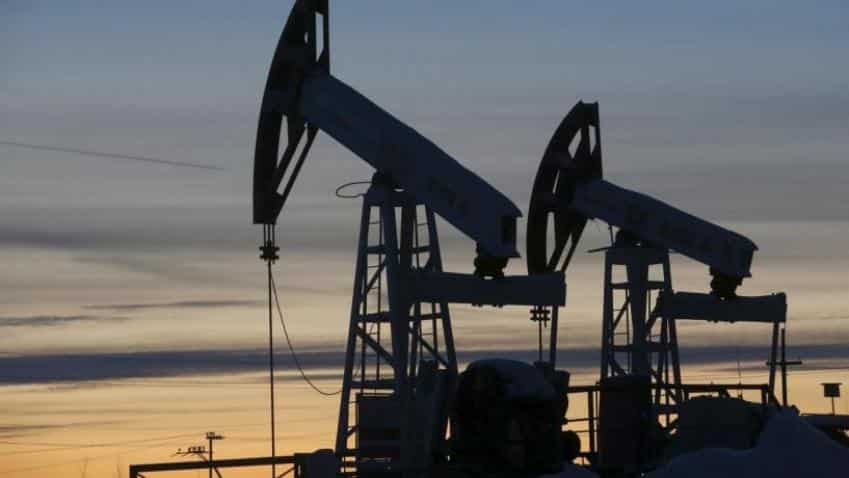 Oil fell on Tuesday as an escalating trade dispute between the United States and China unleashed sharp selloffs in many global markets.

The crude price was also dented by expectations that producer group OPEC and partner Russia will gradually increase output in order to make up for involuntary losses in Venezuela and potential shortfalls from Iran, which is facing US sanctions related to its nuclear activity.

The United States and China are threatening punitive tariffs on each other`s exports, which could include oil supplies, which sent Chinese stocks to their lowest in almost a year and kept European indices and other industrial commodities such as copper and nickel under pressure.

Oil traders are closely watching a threat by China to react to U.S. tariffs by putting a 25 percent duty on US crude oil imports, which have been surging since 2017 to a value of almost $1 billion per month.

Global oil demand will be revised downwards and as such oil will not be immune from all of the potential negative impact of international trade wars.

Energy consultancy Wood Mackenzie said the United States "would find it hard to find an alternative market that is as big as China". It said China takes around 20 percent of all US crude exports.

The Organization of the Petroleum Exporting Countries together with a group of non-OPEC producers including Russia started withholding oil supplies in 2017 to prop up prices.

Following a sharp increase in crude prices from their sub-$30 per barrel lows in 2016, the group on June 22 will meet in Vienna to discuss supply policy.

Greg McKenna, chief market strategist at futures brokerage AxiTrader said there would likely be oil price volatility in the week ahead of the meeting.

"OPEC is fractured or fracturing," McKenna said, as Iran, Venezuela, and Iraq "seek to veto the production increase".

"We could be seeing the long-term relationship between the Saudis and Russia pushing OPEC into second place," he added.

Global oil demand is set to stay strong in the second half of 2018, an OPEC technical panel forecast this week, suggesting the market could absorb extra production from the group.