Donald Trump said at White House that the era of economic surrender for the United States is over. He also demanded fairness from World Trade Organization. 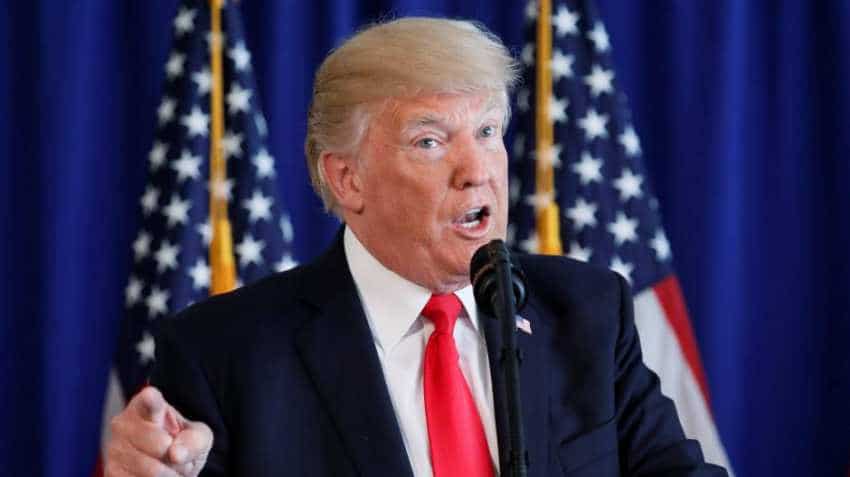 For decades, the United States has allowed other countries to steal its jobs, close factories and plunder wealth, President Donald Trump said today, asserting that the era of economic surrender is over.

"The era of economic surrender for the United States is over, it's over," Trump said at a White House "Made in America" event, as he demanded fairness from World Trade Organization.

Trump alleged that his successors did nothing to protect American jobs.

"They did nothing. They let our factories leave, they let our people lose their jobs, given to other jobs workers in faraway lands. That's not free trade, that's fool's trade, that's stupid trade," he said.

"We don't do that kind of trade any more. The European Union has been very tough on the United States, but they're coming in to see me on Wednesday and we'll see if we can work something out. Otherwise, we'll have to do something with respect to the millions of cars that they send in every year," he said.

"But maybe we can work something out, they're all coming in, the top people. We're talking to China, who had a USD375 billion trade surplus last year with the United States," he said, adding that that is not good.

The US is also talking to Mexico on NAFTA or the North American Free Trade Agreement, he said.

"The new President, terrific person, I spoke to him at length on a call, did a great job, got a tremendous vote and they have a lot of confidence in him in Mexico and that's good. But we're talking to them about doing something very dramatic, very positive for both countries," Trump said.

"We're demanding fairness with the World Trade Organization, it's been a disaster for the United States and we want fairness. We lose court cases, we always had a minority of judges. They gave us fewer judges than other countries had and we'd lose cases, nobody knew why. I said I know why, because you don't have judges from this country, you'd have the minority," Trump said.

The US is starting to do much better lately in winning cases. "But America never waves the white flag, we only wave the red, white and blue flag. The era of economic surrender for the United States is over, it's over," he said.

Trump said that his administration is reclaiming America's proud manufacturing heritage. "Because we are finally putting again America first. We're tearing down barriers to our exports, protecting our intellectual property and defending our companies from unfair foreign trade practices, of which there are many," he said.

The White House in a fact sheet said that Trump's economic policies have made it the perfect time for businesses to grow and thrive right here in the United States. American business is booming due to his pro-growth agenda, headlined by historic tax cuts, deregulation, and trade actions defending American workers and businesses.

"Businesses are creating more and more jobs right here in the United States, with more than 3.2 million new jobs created since President Trump took office. The number of job openings surpassed the number of job seekers for the first time on record, which is great news for Americans who are unemployed and unable to find good, stable jobs," he said.

Noting that 65 per cent of Americans say now is a good time to find a quality job, according to Gallup, it said gross domestic product grew by more than three per cent in two quarters during 2017, and some forecasts expect growth to exceed 4 percent in the second quarter of 2018.

"Businesses are finally bringing money held overseas back to the United States as a result of the Tax Cuts and Jobs Act signed into law by President Trump. Steel and aluminum producers are pouring in new investment and creating new jobs in the United States following the tariffs placed on those industries to protect our national security," the White House said.