Not dead yet: Home of Brent crude gets new lease of life

Government efforts to keep producers in the basin, home to the Brent crude that underpins the price benchmark, gained urgency with the 2014 oil price crash. Cheaper oil also forced the industry to upgrade technology and find more efficiencies. 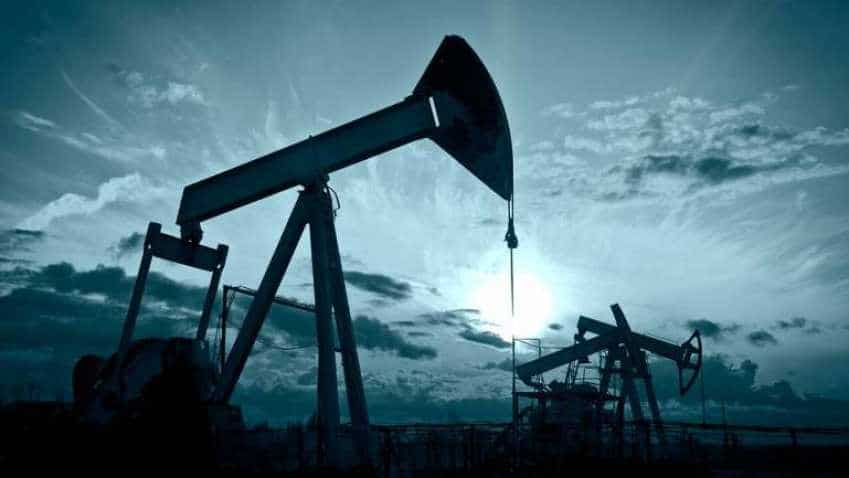 Oil giant BP`s Eastern Trough Area Project off the coast of Scotland wasn`t supposed to be viable beyond 2018. But government and industry working together have given ETAP a new lease of life that is being closely watched by countries and companies eyeing other ageing projects around the world.

When ETAP was launched 20 years ago today, some experts predicted the UK sector of the North Sea would cease most production by 2030.

Government efforts to keep producers in the basin, home to the Brent crude that underpins the price benchmark, gained urgency with the 2014 oil price crash. Cheaper oil also forced the industry to upgrade technology and find more efficiencies.

From original plans to stop production at ETAP, BP decided to invest $1 billion in 2015.

"One has to take stock of the potential going forward and make an intervention that allows for the right investment to extend life," Ariel Flores, BP`s North Sea Chief, told Reuters. "We`ve done that on ETAP."

ETAP`s example shows how efforts to extend the production in the North Sea are succeeding, providing lessons for producers in other fields near exhaustion such as those in the Gulf of Mexico and southeast Asia.

"There are a number of fields in the central North Sea area waiting for final investment decisions (FIDs). And for some of those, the potential host is ETAP," Flores said.

Long-established oil giants such as BP, Royal Dutch Shell and Total as well as smaller, nimbler North Sea-focused producers such as Enquest and Premier Oil are all finding business opportunities in the area.

The region has also seen something of a changing of the guard in recent years. Shell, BP, OMV, and Engie have sold fields and infrastructure to smaller players, many of which are backed by private equity or specialise in squeezing more life out of mature assets, such as Chrysaor, Siccar Point and Neptune. Chrysaor acquired around half of Shell`s North Sea portfolio last year and is now one of the largest operators in the basin, boosting reserves by drilling wells around ageing fields, such as the Armada field.

"Six years ago you went to the U.S. raising money and everyone was talking about fiscal instability, decommissioning, a basin in decline, and that has completely changed," Chrysaor CEO Phil Kirk told Reuters. "Now people talk about opportunity, about a change in the ownership of the basin."

Oil and gas companies invested billions in the North Sea in the late 2000s to meet surging demand from Asia but the subsequent oil price rally masked huge inefficiencies and waste.

When the bottom fell out in 2014 as shale producers in the United States competed with OPEC for market share, output had already dwindled to around 1 million barrels per day from a peak of 2.6 million in 1999. Investments were drying up and many operators were focused on plugging wells and dismantling fields.

That`s where the UK government stepped in.

Scottish oil and gas magnate Ian Wood was commissioned in 2013 to look at how government could stem the outflow from an industry that provides 300,000 jobs in the region.

The 2014 Wood report led to the creation of the independent Oil and Gas Authority (OGA) and a regulatory overhaul, including scrapping a 50 percent petroleum revenue tax and, starting in November, allowing the transfer of the tax history of an asset to the buyer who can then offset tax on decommissioning.

Tax cuts for the industry in 2015 and 2016 alone amounted to 2.7 billion pounds, the government says.

"Some thought the UK North Sea was facing a terminal decline but it wasn’t for lack of resource in the ground, it was investment appetite, it was portfolio issues and perceived barriers for investment," said Chrysaor`s Kirk.

Industry made its own changes.

Using simpler field designs, replacing custom-made kit from paints to seabed pumps with off-the-shelf equipment, and increasing cooperation among producers to save on transportation and development costs, the North Sea today can compete with other offshore basins and in some cases, even onshore U.S. shale.

Sensors that BP has installed on drilling equipment and pumps now detect minuscule vibrations that give engineers precious extra hours, or even minutes, to change a valve or shut down a unit, preventing serious damage and minimising downtime for a field, for example.

"We are looking at things more collaboratively, trusting contractors to be able to come up with solutions for us," Flores said. "At times there had been duplication of work, checking and recalculating calculations. Now there’s a drive towards eliminating that."

BP`s operating efficiency in the North Sea is now more than 80 percent, up from 65 percent earlier this decade, he said.

For the UK oil sector as a whole, including the North Sea, production efficiency, measured as a percentage of potential maximum output, is now 74 percent compared to a low of 60 percent in 2012, the OGA said this week. Industry body UK Oil and Gas says unit operating costs last year were around $15 per barrel of oil equivalent, half that in 2014.

Producers have also become effective in slowing the natural decline of fields, according to the Bernstein brokerage and research group. The rate of output decline has come down to 5 percent in 2017 from 18 percent in 2012.

In the ultimate show of confidence, companies are green-lighting new projects.

Dozens of companies competed for 229 blocks to explore and develop new fields in May. Another licensing round for 1,766 blocks will close in November.

Shell in February decided to go ahead with the development of the Penguins, its first new project in the basin in six years, followed by the FID in June on the Fram condensate field.

BP has approved the development of the Alligin and Vorlich fields west of the Shetlands.

"Two FIDs in six months tells you that the North Sea competes for capital against other opportunities in other jurisdictions, helped enormously by the government`s commitment," said Sinead Lynch, Shell`s UK country chair.

Total expenditure in the North Sea in 2017, including exploration, development and decommissioning, was half that of 2014 at around 14 billion pounds. But production of both oil and gas is expected to grow to around 1.7 million of oil equivalent per day this year from 1.4 million in 2014, the OGA said.

"I don`t think the UK North Sea is ready to turn its lights out for some years to come," said Premier chief Tony Durrant.