North Korea seen looking to China, not U.S., for help in any economic transformation

U.S. President Donald Trump may have promised that North Korea will become "very rich" on the back of American investment if Pyongyang ditches nuclear weapons but economists and academics who have studied the isolated country say it is China not the U.S. that will be the engine of any transformation. 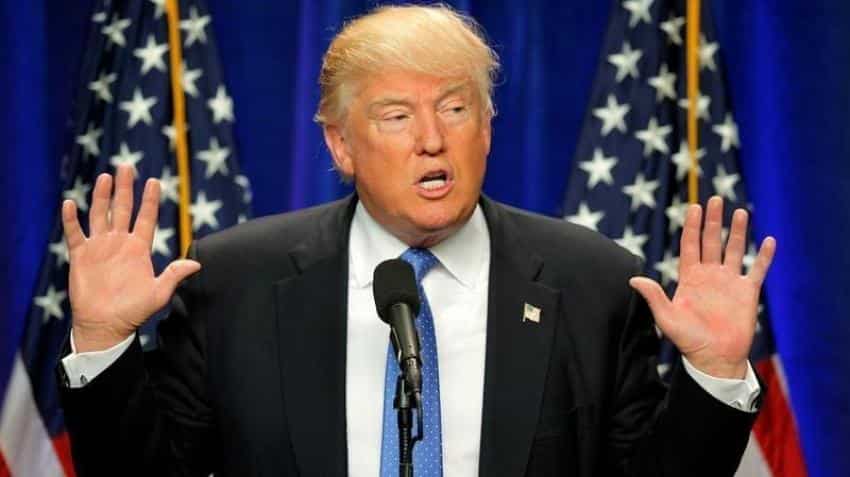 U.S. President Donald Trump may have promised that North Korea will become "very rich" on the back of American investment. Image source: Reuters
Written By: Reuters
RELATED NEWS

U.S. President Donald Trump may have promised that North Korea will become "very rich" on the back of American investment if Pyongyang ditches nuclear weapons but economists and academics who have studied the isolated country say it is China not the U.S. that will be the engine of any transformation.

The nearest template would not be based on American-style capitalism, but China`s state-controlled market economy first championed by Deng Xiaoping, who became China`s leader in 1978, these experts said. China was just coming out of the turmoil of the 27-year reign of Mao Zedong, a period during which capitalism was banned and private businesses and property were seized by the state and placed under collective ownership.

Deng introduced wrenching reforms that are widely regarded as creating the foundations of China`s economic miracle in the past 40 years. The changes were massive, the growth phenomenal, but most importantly the Chinese Communist Party has achieved all of this while not only retaining power but increasing its control over the country.

And in the run up to the unprecedented summit between Trump and North Korean leader Kim Jong Un on Tuesday in Singapore, it has been China that Pyongyang has been increasingly turning to.

Kim has made two visits to meet Xi since March, while a high-level delegation from his ruling Workers` Party toured China`s industrial hubs in an 11-day visit in May that focused on China`s high-tech urban transport and latest scientific breakthroughs.

That delegation went to China only weeks after Kim declared an end to nuclear and missile tests and vowed an all-out effort toward "socialist economic construction."

"Kim is talking to Trump because he needs to get the United States to back off sanctions. After that, headlines will be all about Kim and Xi Jinping," said Jeon Kyong-man, an economist at the Institute for Korean Integration of Society, with reference to the Chinese president.

China is already North Korea`s most important ally and biggest trade partner. And since Kim assumed power in 2011 the trade relationship has become even more important. China now represents more than 90 percent of Pyongyang`s trade, making it just about North Korea`s only economic lifeline.

China`s model of shifting from a planned economy to a market economy is attractive for Pyongyang because it was achieved with political, economic and social stability, according to Zhang Anyuan, chief economist at Dongxing Securities in Beijing.

But Cathcart said that progress on economic liberalisation would likely be slow because North Korea will want to be careful about the increased political risks that could come from relaxing restrictions on the currency and migration.

As well as China, North Korea may also look to other economies where tight top-down control has been kept, including Vietnam or even the `chaebol` business structures of South Korea, which could allow something closer to "a capital dictatorship," according to Cathcart.

Xi, under intense pressure from Trump, started enforcing sanctions strictly in the second half of 2017. By March this year, China imported no iron ore, coal or lead from North Korea for a sixth month in a row, in line with U.N. Security Council sanctions.

That has hurt North Korea`s coal-intensive heavy industries and manufacturing sectors. But more importantly, plunging trade with Beijing has been "killing the most thriving part of the economy" - unofficial markets where individuals and wholesalers buy and sell mostly Chinese-made consumer goods and agricultural products, Jeon said.

"More than anything, it was China`s decision to enforce sanctions that squeezed the economy and made removing of the sanctions an urgent task for Kim," he said.

MOSQUITO-NET STYLE
Even after sanctions are lifted, North Korea will likely pursue state-managed growth because loosening controls is potentially destabilising for the regime, says Kim Byung-yeon, an economics professor at Seoul National University. "It could leave Kim Jong Un with less than half the power he has now."

As part of efforts to maintain control, any opening could initially be limited to "special economic zones," where Pyongyang has sought to combine its cheap labour with China`s financial firepower and technological know-how, according to BMI Research, a unit of Fitch Group.

The Wonsan Special Tourist Zone in the east coast, or the suspended inter-Korean factory park in the North`s border city of Kaesong are some other examples Kim might pursue to maintain state controls over the economy, experts say.

In Wonsan, Kim has already built a ski resort and a new airport to turn the city of 360,000 people into a billion-dollar tourist hotspot.

"These are the sorts of projects that are most likely to get underway first if the sanctions are eased," BMI Research said.

"Deng designated Shenzhen as a special economic zone and made that sleepy fishing village to a manufacturing hub of the world," Jeon said. "Kim will be eager for those, especially as he will want minimal changes to other parts of the economy."