Nilekanis, 3 PIOs billionaires pledge to donate more than half their wealth to charity

The Nilekanis, Aneel and Allison Bhusri, Shamsheer and Shabeena Vayalil and BR Shetty and his wife Chandrakumari Raghuram Shetty are among the 14 philanthropists to have joined the Giving Pledge throughout the previous year, bringing the total to 183 from 22 countries since the pledge began in 2010 with 40 American philanthropists, a press release from the Giving Pledge said yesterday. 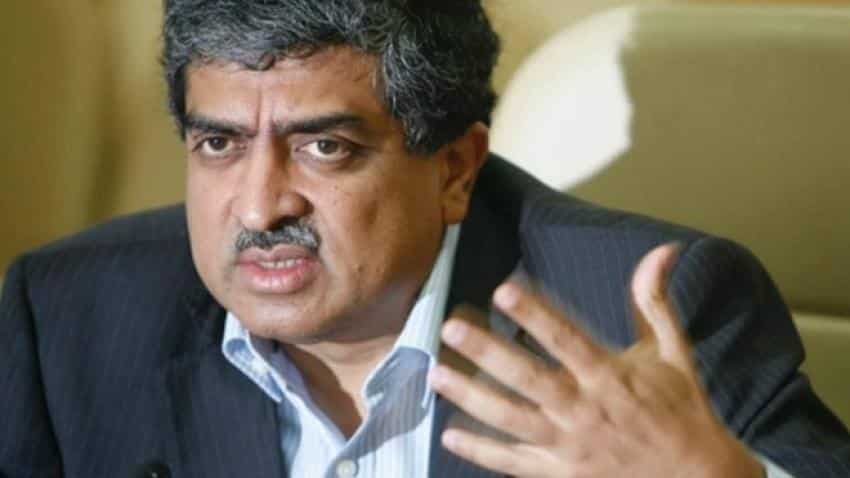 Infosys co-founder and Chairman Nandan Nilekani, his wife Rohini Nilekani and three Indian-origin billionaires have joined the philanthropic initiative created by philanthropists Bill and Melinda Gates and Warren Buffett, pledging to commit more than half of their wealth to charitable causes. The Nilekanis, Aneel and Allison Bhusri, Shamsheer and Shabeena Vayalil and BR Shetty and his wife Chandrakumari Raghuram Shetty are among the 14 philanthropists to have joined the Giving Pledge throughout the previous year, bringing the total to 183 from 22 countries since the pledge began in 2010 with 40 American philanthropists, a press release from the Giving Pledge said yesterday.

Now in its eighth year, the philanthropy effort continues to expand internationally with the addition of philanthropists from Canada, India, the UAE, as well as the US. The multi-generational initiative, created by Bill and Melinda Gates and Buffett, invites the world's wealthiest philanthropists to commit more than half of their wealth to charitable causes during their lifetimes or in their wills.

"Over the past eight years, we've been inspired by the dedicated philanthropists who have chosen to join the Giving Pledge, and this year's group is no exception. They are passionate about using their wealth to help reduce inequities and improve the lives of everyone in the world," Buffett said in a statement.
"We welcome their energy, enthusiasm, and creativity, and look forward to learning from them as we all work to ensure our giving makes a positive difference."

In addition to his role at Workday, Bhusri serves on the board of Intel and is an advisory partner at Greylock, a leading venture capital firm that he has been associated with since 1999. As the founding partner of Lemonade Capital, Allison Thoreson Bhusri invests primarily in technology companies and entrepreneurs.

The Nilekanis are also co-founders of EkStep, a not-for-profit effort to create a learner-centric Societal Platform by increasing access to learning opportunities for over 200 million children in the primary years. Rohini Nilekani is also Founder-Chairperson of Arghyam, a foundation she set up for sustainable water and sanitation, which funds initiatives all across India.

In their Giving Pledge letter, they quoted from the Bhagwat Gita and said "we have a right to do our duty but no automatic right to the fruits from the doing. It is critical that we do not slip into inaction fearing that we may not be able to reap direct reward. It is to this ideal that we pledge."

Shamsheer Vayalil is a doctor, entrepreneur and philanthropist and Founder and Managing Director of UAE-based VPS Healthcare, one of the leading healthcare groups in the region, with 22 hospitals and over 125 medical centers in four countries, as well as one of the largest pharmaceutical plants in the UAE.
In their letter, Shamsheer and his wife Shabeena, who live in Abu Dhabi, said "for us, success means having created something that can make a positive and sustainable difference in the lives of people."

UAE-based BR Shetty and his wife Chandrakumari Raghuram Shetty also joined the pledge. Shetty founded NMC Health, one of the largest healthcare organisations in the world across 13 countries. He started BR Life, his healthcare company focused on people below the poverty line in India, Egypt and Nepal. He runs and supports educational institutions across the UAE and India, including for children with special needs. He has supported victims of natural and human calamities across the world.

The organisation said many of the new additions to the Giving Pledge are already actively engaged in philanthropy, providing support to a range of causes including education, poverty alleviation, medical and healthcare research, economic development, entrepreneurship, and advocacy and governance. They bring to philanthropy their expertise from fields such as finance, food retail, healthcare, pharmaceuticals, property development, technology and venture capital.