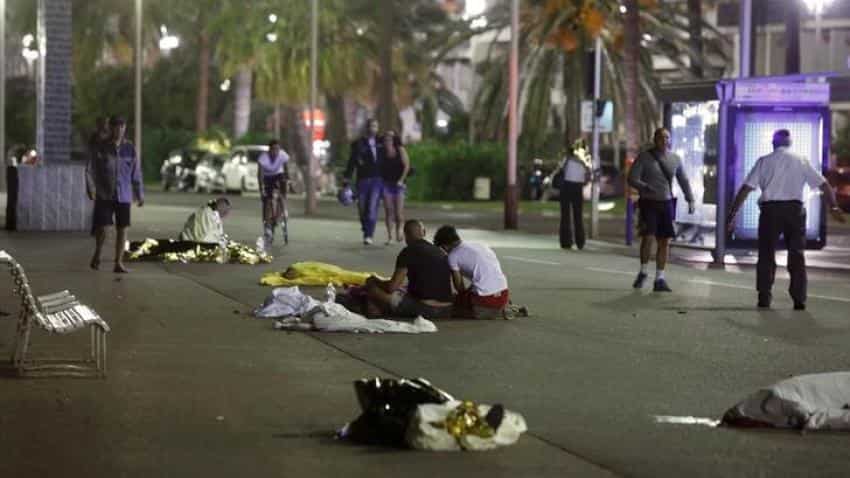 This is the third major attack in France in less than 18 months. Photo: Reuters
Written By: ZeeBiz WebTeam
RELATED NEWS

According to an AFP report, the driver was shot dead after barrelling the truck two kilometres through the festive crowd on the palm-lined Promenade des Anglais, sending hundreds fleeing in terror and leaving the area strewn with bodies.

Investigators said that they have found identity papers belonging to the 31-year old French-Tunisian terrorist in the truck, along with guns and weapons.

This is the third major attack in France in less than 18 months. Prosecutors said anti-terrorist investigators would handle the probe.

In November, Islamic State attacked Paris and killed 130 people. According to the reports, Hollande  called up army reservists to bolster the country's security services that are stretched to the limit.