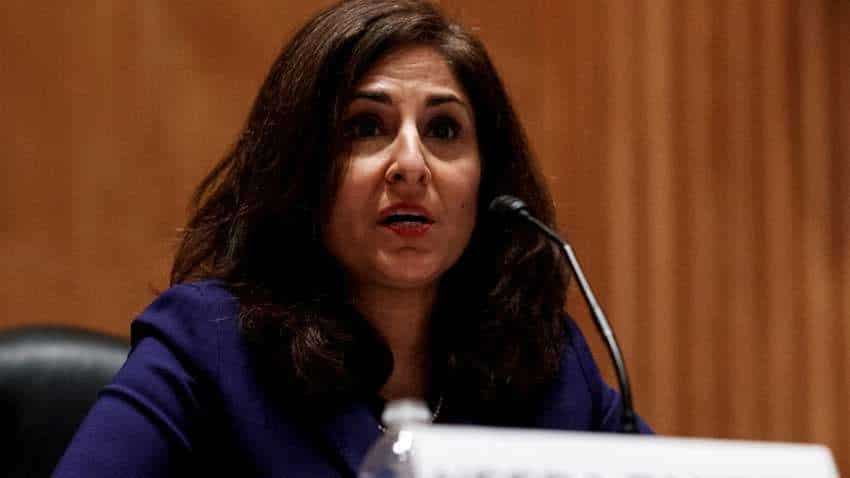 "Unfortunately, it now seems clear that there is no path forward to gain confirmation, and I do not want continued consideration of my nomination to be a distraction from your other priorities," Tanden wrote in a letter to Biden, which was released by the White House.

By now, 11 out of 23 nominees have been confirmed. Tanden`s nomination slid into dangerous territory moments after her name was announced, weeks ago. Tanden`s Twitter rants from the past effectively sunk her chances as lawmakers who were attacked by Tanden for years on social media hit back hard.

When it came down to the wire, it wasn`t about Kamala Harris. It was about a senator from Alaska. Until Tuesday morning, the White House was pinning its hopes on Lisa Murkowski before Tanden put an end to the weeks-long drama, which erupted from the Democratic side.

The first shock came when Democratic West Virginia Senator Joe Manchin came out against Tanden last month, citing her tweets attacking members of both parties prior to her nomination.

"I believe her overtly partisan statements will have a toxic and detrimental impact on the important working relationship between members of Congress and the next director of the Office of Management and Budget," Manchin said and set off a mad scramble in the White House.

"Neera Tanden has neither the experience nor the temperament to lead this critical agency," said Republican senator Susan Collins of Maine, becoming the second senator ready to sink Tanden`s chances. Tanden had once tweeted that Collins is "the worst".

Talk on Capitol Hill is that Shalanda Young, a former staff director for the House Appropriations Committee, is a frontrunner for the OMB top job.