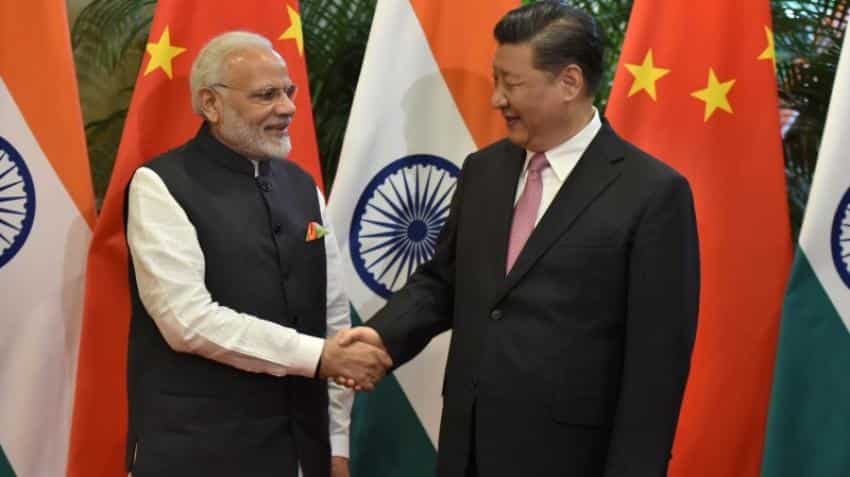 Prime Minister Narendra Modi today gifted to President Xi Jinping reprints of two paintings made by a famous Chinese artist during his stay at Santiniketan between 1939-40. Modi presented Xu Beihong's paintings to Xi during their informal summit here. Xu was known for his Chinese ink paintings of horses and birds. He was one of the first Chinese artists to articulate the need for artistic expressions that reflected a modern China at the beginning of the 20th century.

The paintings depicted a horse and sparrows on grass.  Xu made those paintings during his stay in Visva Bharati, officials said.  The paintings were specially ordered by the Indian Council for Cultural Relations (ICCR) for the summit.   Titled 'The Horse and Sparrows and Grass', these paintings are in the collection of Visva-Bharati, and their single reprints were especially commissioned by the ICCR on the occasion of the informal summit between the two leaders at Wuhan, sources here said.

Xu came to Santiniketan and taught at the Kala Bhavana as its first visiting professor from China. During his stay, Rabindranath Tagore inaugurated an exhibition of more than 150 paintings of Xu Beihong in December 1939, they said.