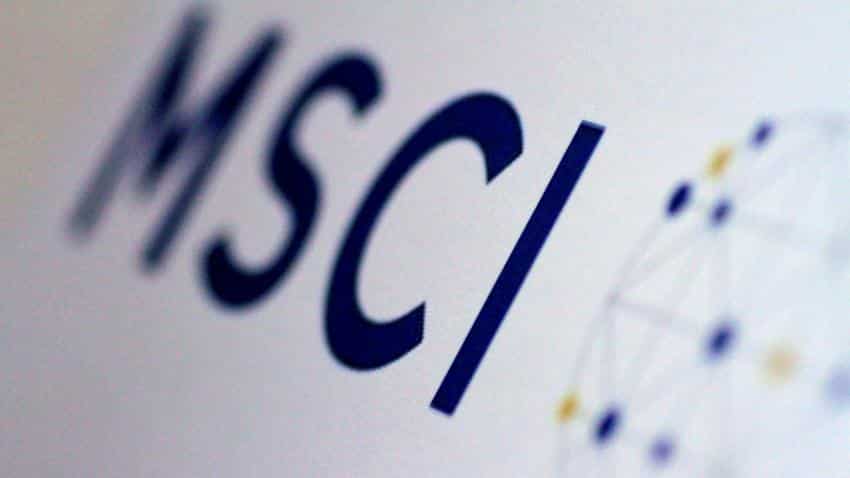 MSCI, the U.S. index publisher, said on Tuesday that 234 Chinese large caps will be included in its global and regional indexes on June 1, following a review ahead of China`s inclusion in MSCI`s widely tracked equity benchmarks. The review ejected nine companies and added 11 in the MSCI China A Inclusion Index, slightly altering the expected weighting that the Chinese stocks will have in MSCI`s emerging market index.

The 234 yuan-denominated stocks, or China A-shares, will represent an aggregate weight of 0.39 percent in the MSCI Emerging Markets Index at a 2.5 percent partial inclusion factor during the first step of the China entry. The second phase of the entry will take place in September.

MSCI`s long-awaited inclusion of Chinese stocks in its indexes next month is expected to draw increased foreign capital into China`s markets, where foreign ownership amounts to about 2 percent.

In the wake of the latest review, Shanghai Electric shares rose 4.23 percent while Heilan Home was up around 1.2 percent by the end of the morning trading session. Perfect World, a game company, slipped about 1.5 percent.

Bicon, Lujiazui Finance & Trade, Pacific Securities and Cosco Shipping Energy were all down more than 1 percent.

The overall market bounced around during the morning session, but ended lower. The Shanghai Composite Index was off 0.22 percent while the CSI 300 index was down a third of a percent.

The MSCI China A Inclusion Index is heavily weighted toward financials, consumer, and real estate.

The firms include China`s biggest lenders such as the Industrial and Commercial Bank of China, Bank of China and China Construction Bank, the country`s top consumer brands Kweichow Moutai and Qingdao Haier, as well as China`s major metal producers including Baoshan Iron & Steel.

Although much of the impact has been priced in already, the imminent China MSCI entry has rekindled interest in Chinese blue-chips recently.

Raymond Ma, portfolio manager at Fidelity International said he believed the inclusion of A-shares in the MSCI indices would help the A-share market to become more sophisticated, improve liquidity and be driven by fundamentals rather than speculative factors.

"I am most constructive on consumer, information technology and industrials sectors after the MSCI inclusion," he said.

"Thanks to ongoing consumption and industrial upgrading in China, these sectors are likely to deliver sustainable and solid growth in the next three to five years. We expect them to outperform in the medium to long term."

Over the past two months, Chinese mutual fund houses have raised over 10 billion yuan through a dozen newly-launched funds that track MSCI`s A-share indexes, while April`s foreign inflows via the Shanghai-Hong Kong stock connect hit a monthly record.

MSCI said last June that Chinese stocks could initially represent a 0.73 percent weighting in the MSCI EM Index at a 5 percent partial inclusion factor, with the inclusion to be completed in a two-stage process, on June 1, and on September 3.

However their share was still modest at little over 2 percent, compared with nearly 40 percent foreign participation in other Asian markets such as Taiwan and Korea, he said.

"While many investors focus on top-down indicators such as GDP growth or the debt burden, in our view, it is the underlying bottom-up opportunities that illustrate how compelling and still under-appreciated the China investment story is."