Singapore saw a 6.2 percent rise in  travellers  in 2018 from the year earlier, the Singapore Tourism Board (STB) said. 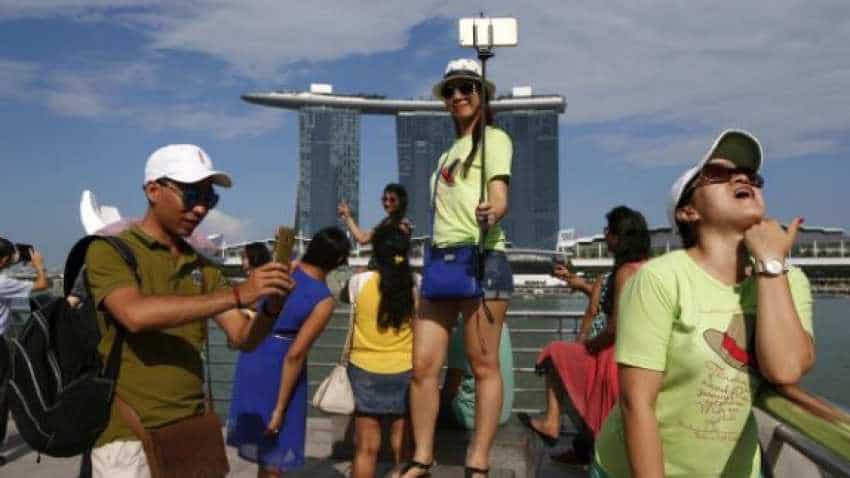 It expects a 1-3 percent growth in tourism receipts at S$27.3 billion to S$27.9 billion this year.Reuters

Singapore received a record 18.5 million visitors last year as more tourists arrived in the city-state from its top markets such as China and India, but growth in their spending slowed as they cut back on shopping, data showed on Wednesday.

That was slower than a 4 percent rise in the previous year as tourists shopped less on items like gifts and souvenirs.

Singapore saw a 6.2 percent rise in travellers in 2018 from the year earlier, the Singapore Tourism Board (STB) said.

The data tracks a global trend of increased travelling but reduced spending, according to the STB. Tourists` spending power was also hit by a stronger Singapore dollar versus some other currencies.

The STB said challenges in 2019 included competition from regional destinations, as well as a potential slowdown in outbound travel from China as trade tensions with the United States hit sentiment in a slowing economy.

"We are still forecasting growth from China this year. It will probably be a little bit more moderate compared to past years," said Keith Tan, chief executive of the STB.

Singapore, which relies on tourism for about 4 percent of its economic output, is famed for its glitzy shopping malls, hawker food, casinos and the Formula One night race.

It has long been a popular well-connected destination for corporate travellers as well as holidaymakers, many of whom use it as a stopover to other popular spots in Southeast Asia.