The White House press secretary created a spin on Indians losing jobs in the US due to stingent visa restrictions by saying that PM Modi was helping to create jobs in the US. 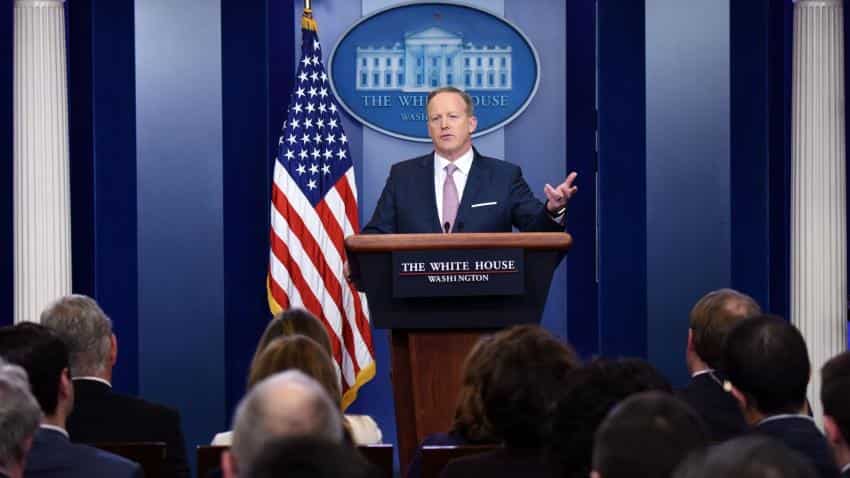 Addressing the common interests of the two countries in an environment where Trump's promotion of a policy of "Buy American, hire American" is stoking apprehensions in India, Spicer on Monday said, "US energy and technologies, including natural gas, are helping to build Prime Minister Modi's vision for a new India and creating thousands of American jobs in the process."

"And the Indian economy is growing at over 7%," he said adding a note of optimism for the future.

The White House's spin on job creation by India in the US is in contrast to Trump's comments about jobs fleeing to China and elsewhere.

In April, Trump ordered a review of trade with countries with which US runs a deficit. India is on that list, although with deficit of $24 billion in pales in comparison with China's $347 billion.

The job creation comment also skirts the issues of Trump`s plans to curb outsourcing and to cut back on visas for professionals that New Delhi fears will turn off the spigot for Indian technical talent and businesses heading to the US.

Spicer said that during the visit the two leaders "will look to outline a common vision for the US-India partnership that is worthy of their 1.6 billion citizens."

Laying out their agenda, the press secretary said: "The President looks forward to discussing ways to strengthen ties between the United States and India and to advance our common priorities: fighting terrorism, promoting economic growth and reforms, and expanding security cooperation in the Indo-Pacific region."

While the details of Trump`s plans to host Modi have not yet emerged, the White House visit stands in contrast to the feting of Chinese President Xi Jinping and Japanese Prime Minister Shinzo Abe at Trump`s personal retreat, Mar-a-Lago in Florida in a more relaxed atmosphere.

A reason why Mar-a-Lago may be out is that it is hot in summer in Florida and lately Trump has been going to his golf club in Bedminster, New Jersey, on weekends.

A White House visit would signal a more business like meeting rather than a bonding session, unless Trump takes him on a jaunt around the US capital like former President Barack Obama had during Modi`s first visit to the US as Prime Minister.

Unlike Xi's and Abe's visits, Modi's trip will take place while Trump is under tremendous political stress.

Trump is under heightened political pressure because of alleged Russian meddling in the 2016 presidential election and contacts by member of his inner circle with Kremlin-connected figures.

A special prosecutor is looking into the allegations and a Senate committee has been holding hearings.