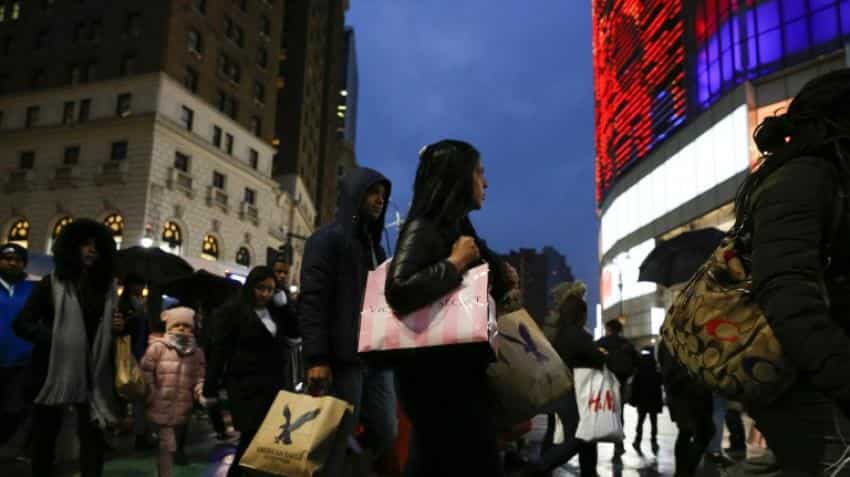 Americans are turning to their mobile devices for deals to kick off the holiday shopping season, with retail trends increasingly upended by ever-present smartphones.

According to Adobe Digital Insights, the four-day Thanksgiving Day weekend that normally marks the start of the holiday season saw online sales of $36.5 billion, up 7% from last year -- more than a third of that coming from mobile devices.

The latest figures showed the diminishing importance of events such as "Black Friday," the blockbuster sales day following the Thanksgiving holiday on Thursday, and "Cyber Monday," a tradition dating back to days when consumers waited to use their office high-speed connections for online purchases.

Plenty of bargain-hunters took a break from Thanksgiving festivities on Thursday to shop -- with online sales totaling $1.93 billion, and 40% of the total on tablets or smartphones ($771 million), according to Adobe.

IBM said global retailers saw a 24% increase in online sales as the weekend kicked off, with a major British retailer reporting 2,100 hits per second in the early hours of Black Friday.

"It is clear, online shopping during the US holiday period has become a global phenomenon," said Harriet Green, general manager at IBM Commerce, which manages systems for retailers.

IBM said pre-holiday online shopping was up 10% over 2015, and that this momentum likely pointed to similar gains for the early season.

For Cyber Monday, overall online sales were expected to be even bigger -- $3.36 billion, with mobile accounting for 38% of the total, Adobe said.

Smartphones were driving twice as many sales as tablets on Monday, at 27% to 13%, according to the survey.

"The nature of how people shop has changed," said Anuj Nayar, senior director of global initiatives for PayPal.

"People shop everywhere, people shop at all times in day, people shop in five-minute increments on the bus when they commute home."

Yory Wurmser, analyst at the research firm eMarketer, said the new mobile trend is fueled by consumers with bigger, more powerful smartphones, making it easier to view and purchase.

"Bigger screens, better mobile design and simpler payment options have all contributed to this explosion of sales via smartphones," Wurmser said.

"We`re still in the early part of the smartphone commerce revolution, and the development of better app search, payment systems and commerce on new platforms should propel sales strongly in 2017."

Some of the best-selling toys in the early season, according to Adobe, were Lego Creator Sets, electric scooters from Razor, Nerf Guns, DJI Phantom Drones and Barbie Dreamhouse.

Adobe said PlayStation 4 has been the best-selling video game console, followed by Microsoft Xbox One. "Pokemon Sun" and "Pokemon Moon" were the biggest video games, followed by "Call of Duty."