Engineers at the Massachusetts Institute of Technology (MIT) have, in a breakthrough, built and flown the first-ever silent airplane with no moving propellers or jet turbines. 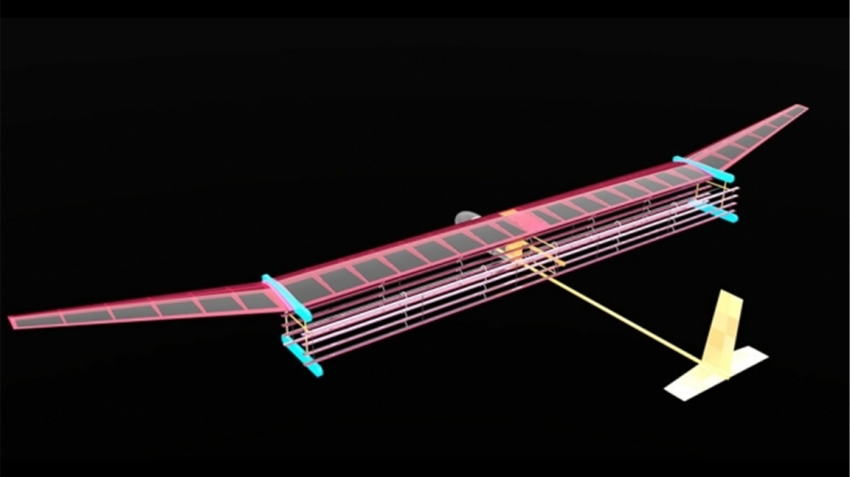 Batteries in the fuselage (tan compartment in front of plane) supply voltage to electrodes (blue/white horizontal lines) strung along the length of the plane, generating a wind of ions that propels the plane forward. Image: IANS
Written By: IANS
RELATED NEWS

New York: Engineers at the Massachusetts Institute of Technology (MIT) have, in a breakthrough, built and flown the first-ever silent airplane with no moving propellers or jet turbines. Since the Wright Brothers launched the first airplane over 100 years ago, every aircraft has flown with the help of moving parts such as propellers, turbine blades, and fans, which are powered by the combustion of fossil fuels or by battery packs that produce a persistent, whining buzz.

But, the new light aircraft, inspired from the movie and television series "Star Trek", carries neither propellers or turbines, nor it depends on fossil fuels to fly. It is powered by an "ionic wind" -- a silent but mighty flow of ions that is produced aboard the plane, that generates enough thrust to propel the plane over a sustained, steady flight. And unlike propeller-driven drones, the new design is completely silent.

"This is the first-ever sustained flight of a plane with no moving parts in the propulsion system," said Steven Barrett, Associate Professor of aeronautics and astronautics at the MIT.  "This has potentially opened new and unexplored possibilities for aircraft which are quieter, mechanically simpler, and do not emit combustion emissions," Barrett added. 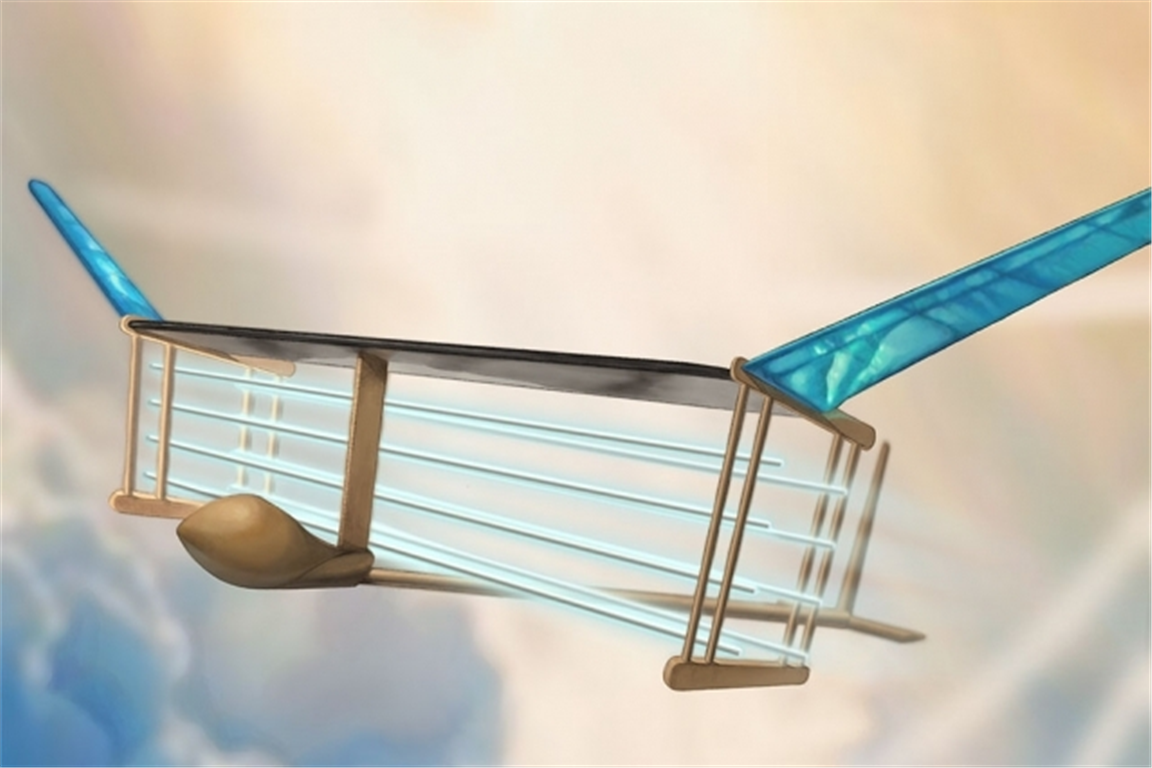 The plane, detailed in the journal Nature, was developed around the concept of "ionic wind" or electrodynamic thrust, which dates back to the 1920s.

The team designed a lightweight plane weighing about five pounds with a five-meter wingspan. Testing the design inside a gym, the team successfully flew the plane a distance of 60 meters, a feat that was repeated 10 times.

"This was the simplest possible plane we could design that could prove the concept that an ion plane could fly," Barrett said. "It`s still some way away from an aircraft that could perform a useful mission. It needs to be more efficient, fly for longer, and fly outside."

He expects that in the near-term, such ion wind propulsion systems could be used to fly less noisy drones. Further out, he envisions ion propulsion paired with more conventional combustion systems to create more fuel-efficient, hybrid passenger planes and other large aircrafts.