US Secretary of State Mike Pompeo and Commerce Secretary Wilbur Ross will address a major India-centric summit to be held here this month, according to the organisers of the event. 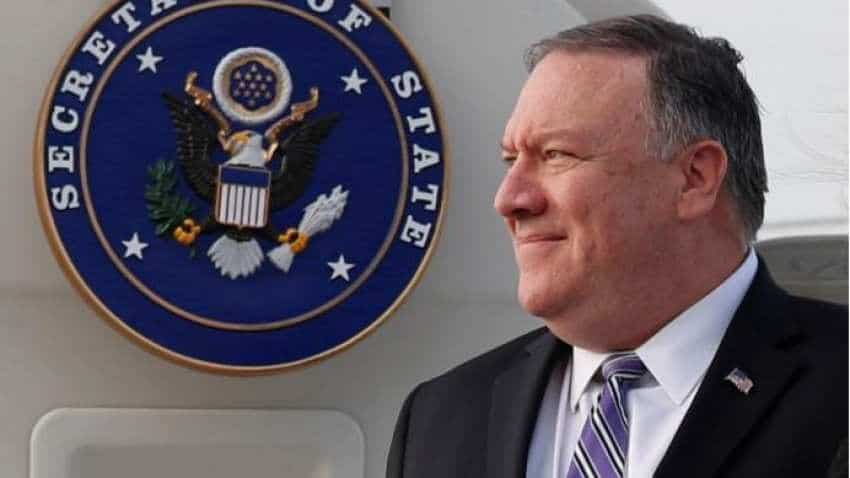 USIBC, the two-day "India Ideas Summit" beginning on June 12 is the first major event after Narendra Modi was sworn in as Prime Minister for the second term this week. Image source: Reuters

US Secretary of State Mike Pompeo and Commerce Secretary Wilbur Ross will address a major India-centric summit to be held here this month, according to the organisers of the event. Organised by US India Business Council (USIBC), the two-day "India Ideas Summit" beginning on June 12 is the first major event after Narendra Modi was sworn in as Prime Minister for the second term this week.

While Pompeo is expected to lay the ground work for India-US relationship during Modi's second term, Ross in his key note is likely to address the economic and trade aspect of the bilateral ties. "I think this is an important opportunity and quite frankly, I'm really excited that USIBC's India Ideas conference will be one of the first opportunities where both governments can really amplify this relationship after the election," USIBC president Nisha Desai Biswal told PTI on Thursday.

"We are expecting to have tremendous representation on the US side. Secretary Pompeo will be one of our keynote speakers and (it will) really (be) an opportunity to define the vision of US-India moving forward, not just in our bilateral relationship, but (also) about the partnership and how it can really shape the whole Indo Pacific," Biswal said.

The first edition of "India Ideas summit" was held in Mumbai last year. The 2019 Summit in Washington DC will focus on connecting cities and States, recognising the critical role of local markets in driving the commercial relationship. The attendants will hear remarks from governors, chief ministers and mayors, as well as TED-style talks and discussions with leading business executives, policymakers and thought leaders.

Among other prominent speakers include Kentucky Governor Matt Bevin, New Jersey Governor Phil Murphy, several Congressmen, Chief Ministers from India and CEOs and senior industry executives. "We will also have keynote from Secretary Ros. The economic and trade relationship is one that is of growing importance. It has a huge amount of untapped potential for both countries. We would like to see US-India trade and economic partnership that yields huge dividends in both directions," Biswal said.

"I see more and more Indian companies that are investing in the United States. We will be hearing from a number of those, at our idea summit. And I see more and more US companies that are going deep, and making big bets on India, the Indian economy and India's rise," she said. The summit will be an opportunity to hear from a number of CEOs who will be in town for the conference, she said, adding that a number of governors who are betting big on the US-India relationship will also be present at the summit.

India is emerging as a land of opportunities, says PM Modi at India Ideas Summit

US will continue to be key market for Indian services, products: Report