Microsoft's Indian-origin CEO Satya Nadella has netted over USD 35 million after selling almost one-third of his common shares in the software giant. 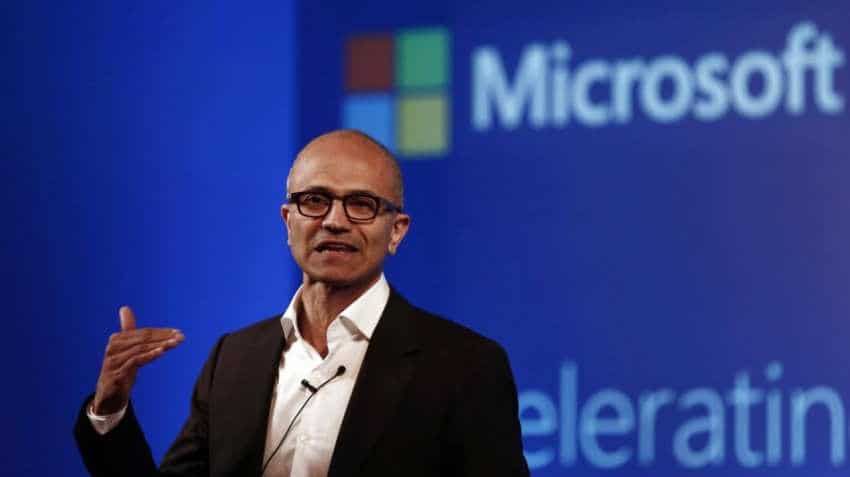 Microsoft's Indian-origin CEO Satya Nadella has netted over USD 35 million after selling almost one-third of his common shares in the software giant. Nadella sold 328,000 shares in multiple trades at prices ranging from USD 109.08 to USD 109.68 as the stock trades near a record price. The stock sale, disclosed in a regulatory filing yesterday, netted Nadella more than USD 35 million. Microsoft shares have soared 53 per cent in the past year, closing the week at USD 109. The record closing price was USD 110.83 on July 25.

Nadella, 50, still own 778,596 shares of common stock. He is required to have 15 times his base salary in stock. His annual base salary in 2017 was USD 1.45 million, and his total compensation exceeded USD 20 million.

"The stock divestitures made today were for personal financial planning and diversification reasons," a Microsoft spokesperson told CNBC.

"Satya is committed to the continued success of the company and his holdings significantly exceed the holding requirements set by the Microsoft board of directors," he said.

Since Nadella took over the CEO role from Steve Ballmer in February 2014, Seattle-based Microsoft's shares have tripled in value. He last sold shares in 2016, when the stock was worth around USD 58 per share.