The Barcelona Provincial Court ruled that Messi and his father, Jorge Messi, had committed three counts of tax fraud that were punishable with 21 months (one year and 9 months) in prison. 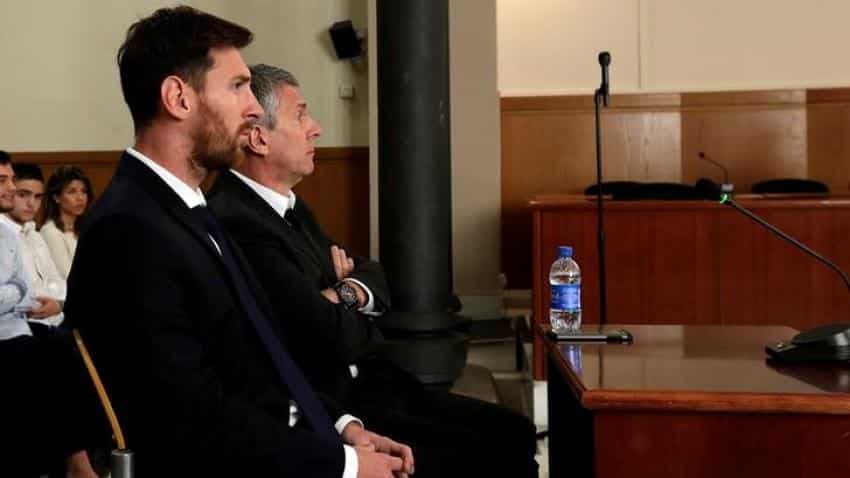 Lionel Messi and his father has been sentenced to 21 months in prison and fined 2.1 million Euros ($2.3 million) by a Spanish court for three tax crimes.

The Barcelona Provincial Court ruled that Messi and his father, Jorge Messi, had committed three counts of tax fraud that were punishable with 21 months (one year and 9 months) in prison, reports Efe.

In Spanish law, it is not mandatory for a first offender to go to prison if the sentence is under two years. This is especially if they don't have a criminal record.

The sentence can be appealed before the Spanish Supreme Court.

The Argentinian football star had last month announced his resignation from the national team after losing to Chile in a penalty shoot-out in the Copa America finals.

Regarding the tax evasion crimes he had alleged in the court that he was not aware of the tax evasion as he had left the management of his finances with his father Jorge. His father in turn had said that he had acted on advice given to him on his tax issues, according to a Bloomberg report.

Prosecutors in Spain filed complaints that Messi and his father in 2013 evaded 4.2 million Euros ($4.7 million) in taxes over three years on endorsement payments from brands such as Adidas AG, PepsiCo Inc, Procter & Gamble Co and other brands, added the report.

Messi has paid 5 million Euros plus interest which the prosecutors say they had evaded. They claimed that Jorge had used companies in Belize, UK, Switzerland and Uruguay to divert money away from Spanish tax authorities, said the Bloomberg report.

This could put Messi's footballing career in jeopardy as he still is regarded as one of the key players for Barcelona. Apart from that he receives a handsome pay of around $28 million, according to a Forbes report. His total value is around $81.4 million according to Forbes.

(With inputs from Reuters and IANS)