Manchester United News: Man Utd forecast annual revenue would fall for the first time in five years after its failure to qualify for this season's UEFA Champions League. 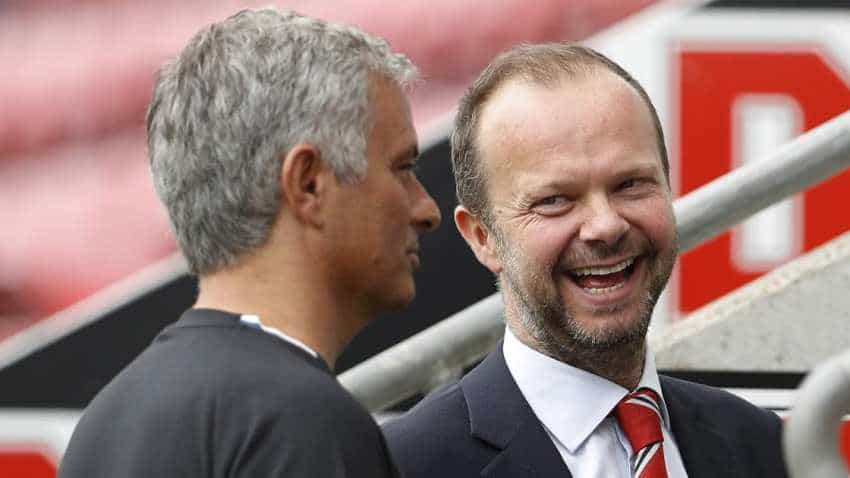 Manchester United News: Man Utd forecast annual revenue would fall for the first time in five years after its failure to qualify for this season's UEFA Champions League but backed manager Ole Gunnar Solskjaer to rebuild the English soccer club. Executive Vice Chairman Ed Woodward called for patience after the 20-times English champions also forecast a drop in core profit for 2019-20 and said the club was building for long-term success.

"Returning to the roots of our club`s ethos of youth-led attacking football is the right way forward," Woodward said on a post-results media call on Tuesday.

United`s history is sprinkled with squads built around young talent, most notably under Matt Busby in the 1950s and 1960s and Alex Ferguson`s class of 1992, which included the likes of David Beckham and Ryan Giggs.

The team endured a turbulent season in 2018-19 that prompted the departure of manager Jose Mourinho before finishing they finished sixth in the domestic league under former United striker Solskjaer.

"We and the fans demand success and that means winning trophies. That standard has never changed for Manchester United," Woodward said.

"It is important we are patient while Ole and the team build for the future."

The club, which will play in the less lucrative Europa League this season, has made a stuttering start to the new English Premier League campaign and sits eighth in the table after six matches.

Despite a couple of big-money signings to bolster the defence - most notably making English centre-half Harry Maguire the most expensive defender in history - the club has been forced to rely more heavily on its youth system.

United had seven academy graduates in the squad during Sunday`s 2-0 defeat against West Ham United.