The US Department of Labour in a letter has said that the Department (of labour) lacks the authority to alter the employers' ability to take advantage of the four-tiered prevailing wage structure currently used by employers in H-I B Labour Condition Applications. 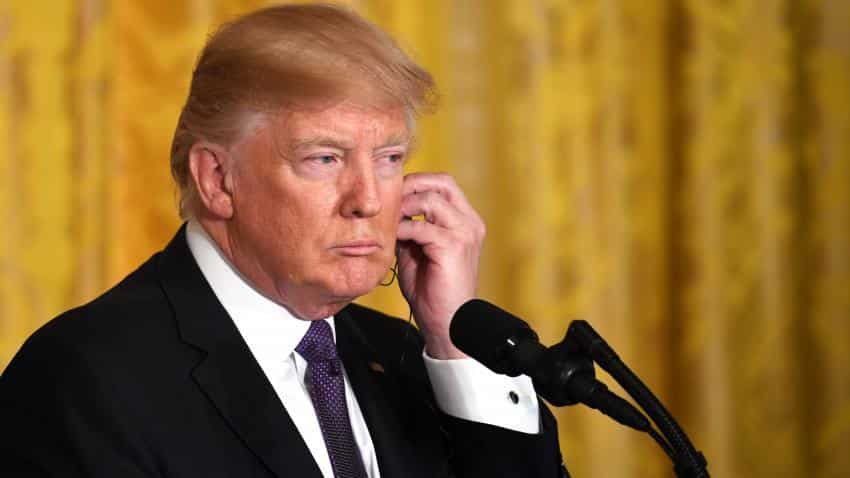 Releasing a copy of the letter to the media, Senators Grassley and Durbin in a joint statement said that Congress needs to give the Department of Labour authority to investigate H-1B visa abuse, which is not the case now. Image Source: IANS
Written By: PTI
RELATED NEWS

The US Labour Department has said a legislative change is required in the four-tiered wage structure to take stronger action against firms using H-1B visas to replace their American employees with workers from countries like India.

"Absent a legislative change, the Department (of labour) lacks the authority to alter the employers' ability to take advantage of the four-tiered prevailing wage structure currently used by employers in H-I B Labour Condition Applications," US Department of Labour said in a letter to two top American Senators Chuck Grassley and Dick Durbin.

US Acting Secretary of Labour Edward C Hugler, in the letter dated April 27, has identified several other legislative changes for it to take stronger action against H-1 B visa-dependent companies who the lawmakers allege displace American workers.

Releasing a copy of the letter to the media, Senators Grassley and Durbin in a joint statement said that Congress needs to give the Department of Labour authority to investigate H-1B visa abuse, which is not the case now.

"The Labour Department's response further highlights the urgent need to end H-1B visa abuse. The wellbeing of thousands of hard-working Americans is at stake," they said.

In the four-page letter, Acting Labour Secretary identified the "four-tier wage structure" as one of the main reasons under which companies have been hiring foreign workers on H-1B visas on a low wage.

ALSO READ: Are Indian IT firms to blame for H-1B visa restrictions

"With respect to foreign workers being paid less than US workers, the INA (Immigration and Nationality Act) permits US employers to offer wages to H-1B workers based on a four- tiered prevailing wage structure that accounts for experience, education, and the level of supervision for a given occupation," the Acting Labour Secretary said.

"Since the enactment of the four-tiered wage structure in 2004, a large number of US employers have employed H-1B workers at an entry-level or 'Tier 1' wage in areas where the 'average' wage for all similarly employed American workers in the local area is much higher, the letter said.

It said that in the absence of a legislative change, the department lacks the authority to alter the employers' ability to take advantage of the four-tiered prevailing wage structure currently used by employers in the H-IB Labour Condition Applications.

Congress, he stressed, has a key role to play when it comes to protecting American workers and eliminating fraud from the H-1B visa programme.

"Congress must take legislative steps to provide the Department and other federal agencies involved in the H-1B visa programme with the tools it needs to improve and oversee the programme," he wrote adding that the Department looks forward to working with Grassley and Durbin and others in Congress to achieve that goal.

In their joint statement, Grassley and Durbin said a number of US employers, including some large, well-known, publicly-traded corporations have laid off thousands of American workers and replaced them with H-1B visa holders.

To add insult to injury, many of the replaced American employees report that they have been forced to train the foreign workers who are taking their jobs, they alleged.

"That's just plain wrong and our bipartisan legislation will help fix that problem, particularly by giving the Labour Department the authority it needs to investigate H-1B visa abuses," said the two Senators who have introduced legislations in this regard in the US Senate.

The Acting Labour Secretary rued that the INA generally does not permit the Department to challenge the employer's attestations entered on a Labour Condition Application, nor does the statute otherwise contemplate a comprehensive? pre- labour certification review.

According to the letter, the Department is currently considering ways to bring greater transparency to the H-1B program to provide a clearer understanding of the effects of the program on domestic and foreign workers, employers and the public.

Observing that the INA provides very specific statutory limitations governing review of Labour Condition Applications and its investigation of violations of H-1B rules by employers, the letter said the Department simply on the basis of a television or print news report initiate an investigation against a company.

The specificity of statutory provisions demonstrates that the H-1B provisions of the INA carefully define the Department's authority to conduct investigations, he said.

"The INA specifically limits the circumstances under which investigations may be conducted," he said.

The Department is also considering changes to the Labour Condition Application (the application for a labour certification) for future application cycles, he said.

The Labour Condition Application, which is a required part of the H-1B visa application process, may be updated to provide greater transparency for agency personnel, US workers and the general public, he said.

The Wage and Hours Division (WED) is specifically limited by statute as to the nature and the source of information it can use in order to initiate an investigation, he said adding that WED is in the process of assessing the complaint intake process to better enable them to capture additional information from a credible source that may be used to initiate an investigation under existing INA authority.