Airlines have called on the government to speed up plans for aviation because the deadline for preparing post-Brexit flight schedules is fast approaching. 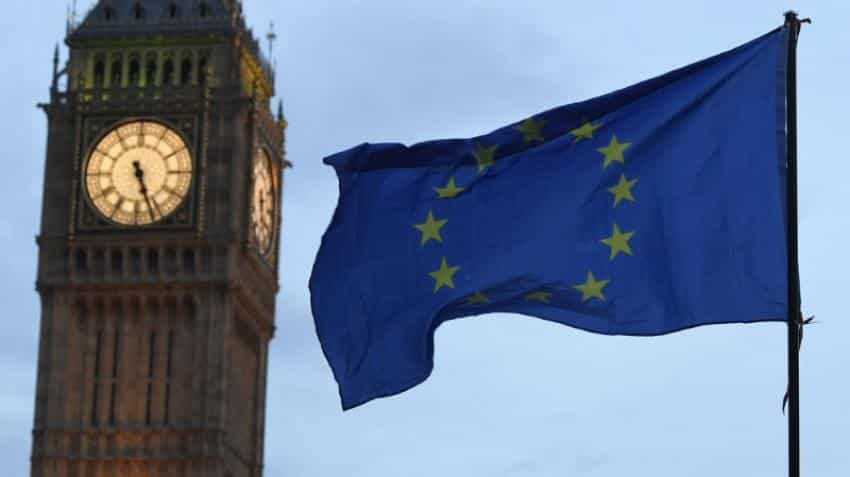 Prime Minister Theresa May is due to trigger the formal two-year exit process on March 29. Photo: Reuters
Written By: Reuters
RELATED NEWS

Failing to reach a comprehensive free trade deal with the European Union risks significant damage to Britain`s trade in non-financial services, a committee of members of the upper house of parliament said in a report published on Wednesday.

While much attention has been on safeguarding the interests of Britain`s financial sector in any Brexit deal, the House of Lords EU Internal Market sub-committee said that the total volume of UK exports to the EU of non-financial services was more than double that of financial services exports.

Prime Minister Theresa May, who is due to trigger the formal two-year exit process on March 29, has said she wants a free trade agreement (FTA) with the EU but is prepared to walk away from negotiations if she believes the deal on offer is poor.

In the absence of a deal, trade between Britain and the other 27 EU members would default to World Trade Organisation (WTO) rules and tariffs, but the committee said those do not provide for trade in several service sectors, potentially forcing businesses to relocate.

"You would actually be in a limbo situation if there were no deal," committee chairman John Whitty told Reuters, adding that it would badly damage UK business, particularly in sectors such as aviation and broadcasting.

Airlines have called on the government to speed up plans for aviation because the deadline for preparing post-Brexit flight schedules is fast approaching. Luton-based easyJet has already said it is seeking a new operating licence in another EU member state.

The committee said the government should either seek full membership of the European Common Aviation Area or a comprehensive UK-EU air services agreement to ensure UK airlines can continue to fly to any point within the EU.

With services traditionally less covered by FTAs, the committee also warned that even the most ambitious trade deals agreed by the EU to date would represent "a deterioration of trading conditions for UK businesses".

"The UK will require the most comprehensive FTA in services ever agreed with the EU," it said in its report.

Whitty said this would be too complex to do within the two-year time frame set out under Article 50 of the EU`s Lisbon Treaty, and urged the government to seek a transitional period while details are hammered out.

As part of an FTA, the government should seek specific reciprocal arrangements in areas such as mutual recognition of professional qualifications, broadcasting licences and data protection standards, the report said.