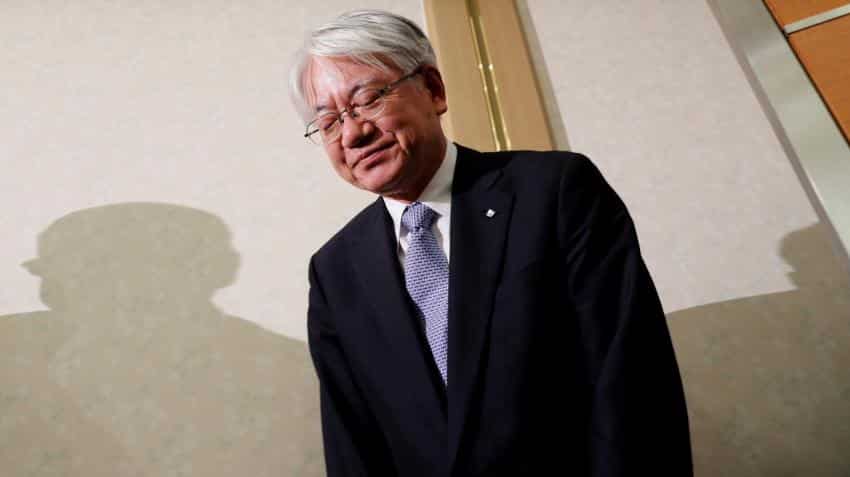 Kobe Steel Ltd Chief Executive Officer Hiroya Kawasaki will step down in connection with a quality scandal that shook the Japanese manufacturing industry last year, the Nikkei reported on Tuesday. Japan`s third-largest steelmaker, which supplies manufacturers of cars, planes and trains across the world, admitted last year to supplying products with falsified specifications to about 500 customers, throwing global supply chains into turmoil.

The management reshuffle is part of an effort to draw a line under one of Japan`s biggest industrial scandals in recent memory, which set off a rash of malfeasance revelations by other Japanese heavyweights, hitting the country`s reputation for manufacturing excellence. Kawasaki`s departure, however, still leaves doubts over Kobe Steel`s corporate culture as well as fears of possible fines.

Kawasaki will vacate his seat on the company`s board in June and the head of Kobe`s aluminum and copper division, Akira Kaneko, will also resign, the Nikkei said. It added that candidates to succeed Kawasaki, who is also president and chairman, remain under discussion and the firm will announce the personnel changes on Tuesday.

When asked about the Nikkei report, Gary Tsuchida, the company`s spokesman, said: "We don`t have anything to say at this point." Kobe Steel will hold a news conference at 1530 JST (0630 GMT) on Tuesday over the results of a 4-month-long external investigation into the data falsification.

The manufacturer, which is undergoing a U.S. Justice Department probe, would not make the report of the investigation public, given the possibility of criminal liabilities resulting from the probe, a company source said. Instead it would release details based on the report including the causes of the scandal, the source said.

Kobe has admitted that its executives were aware of the cheating and that the scandal was likely to reduce its recurring profit by 10 billion yen ($94 million) this year.

Shares of the company, which nearly halved after news of the scandal broke in October, have recouped some of their losses, partly helped by Japanese automakers vouching for the safety of the company`s aluminum parts.

For now, its finances appear unscathed. In February, it reinstated a forecast for its first annual profit in three years, backed by strong profit in steel and machineries, shrugging off an industrial quality scandal.