Joker Review: This neo-noir film, designed as a psycho-thriller, is dedicated to all those who have been ignored by the system. It is a twisted attempt that shows, under unfortunate circumstances, any sane or orderly individual can turn into an unhinged psychopath like the hero of this film. 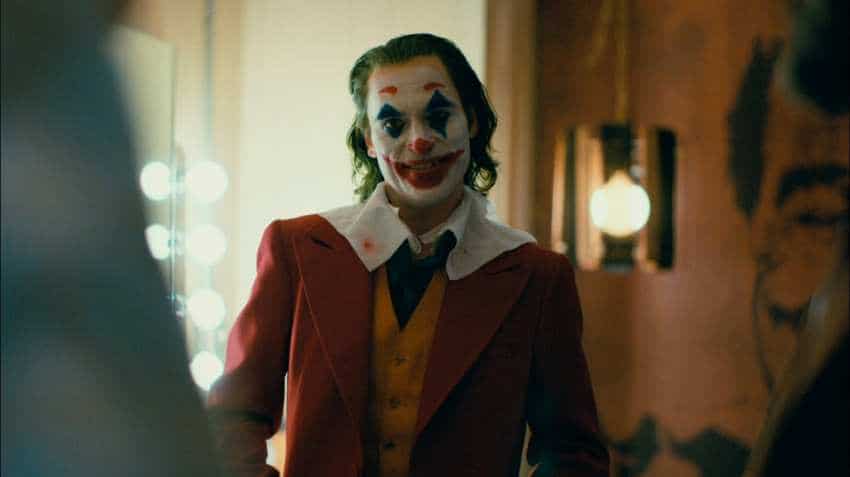 Joker Review: This character is compelling, both by the writing and Joaquin Phoenix`s power-packed, extraordinary performance. Image source: Youtube
Written By: IANS

Joker Review: For those unaware of the DC comic universe, the Joker is the supervillain who appeared in Christopher Nolan's 2008 superhero film the Dark Knight. He gave the superhero Batman a tough time. Director Todd Phillips' film, Joker is the origin story of this fictionalised character. This neo-noir film, designed as a psycho-thriller, is dedicated to all those who have been ignored by the system. It is a twisted attempt that shows, under unfortunate circumstances, any sane or orderly individual can turn into an unhinged psychopath like the hero of this film.

Set in 1981 in Gotham City, the film follows Arthur Fleck (Joaquin Phoenix), a happy soul who has a mental issue and a health condition that makes him emit involuntary laughter. Because of his peculiar behaviour, people around him, consider him as a weirdo, a freak. In spite of his given condition, he is a considerate son, who stays with his aged, ailing mother and single-handedly looks after her.

In actuality, Arthur is practically a loner, who is bullied by all and sundry. Despite his given condition and inspired by his late-night television show idol, Murray Franklin (Robert De Niro), Arthur aspires to be a stand-up comedian and there are dollops of sincerity in his demeanour, to spread happiness.

But fate has other plans for him. How his life spirals downwards and out of control with every turn of events, crowning him the "Clown Prince of Crime", forms the crux of this tale.

The two hour narrative is edgy. You are glued to the screen with the gritty character study of a dangerously damaged man, who embodies themes of chaos, anarchy and obsession, more in the vein of early Martin Scorsese films. It contains particular shades of 1976`s Taxi Driver and 1982`s The King of Comedy. The plot is bleak, tightly wound and infused with jolting bursts of shocking brutality. And that uncertainty, keeps you at the edge of your seat.

This character is compelling, both by the writing and Joaquin Phoenix`s power-packed, extraordinary performance. It is his canvas and he manages to portray this terrifyingly unpredictable character effortlessly. He ensures that you empathise with the character even as he clearly turns into a homicidal maniac.

Joaquin is aptly supported by a galaxy of ace starcast; Robert De Niro as Murray Franklin the talk show host, Zazie Beetz as a cynical single mother and Arthur`s love interest, Frances Conroy as Arthur`s mother the sickly Penny Fleck, Brett Cullin as Thomas Wayne the billionaire philanthropist running for the mayor of Gotham. Even though they are in one-dimensional roles, they make their presence felt.

Technically the film is well-mounted. With ace production values, the visuals are carefully crafted and the era is aesthetically captured. Accompanying the visuals are the well-synchronized sound design, Hildur Gudnadottir`s soulful back-ground score and the music pieces like "That`s life", "Send in the Clowns" and "White Room." These old numbers add zing to the scenes.

Some of the cinematic liberties taken make the film appear preposterous, but overall, Joker is stirring and unnerving in equal measure.