Warner Brothers "Joker" laughed its way to a new record at the domestic box office. 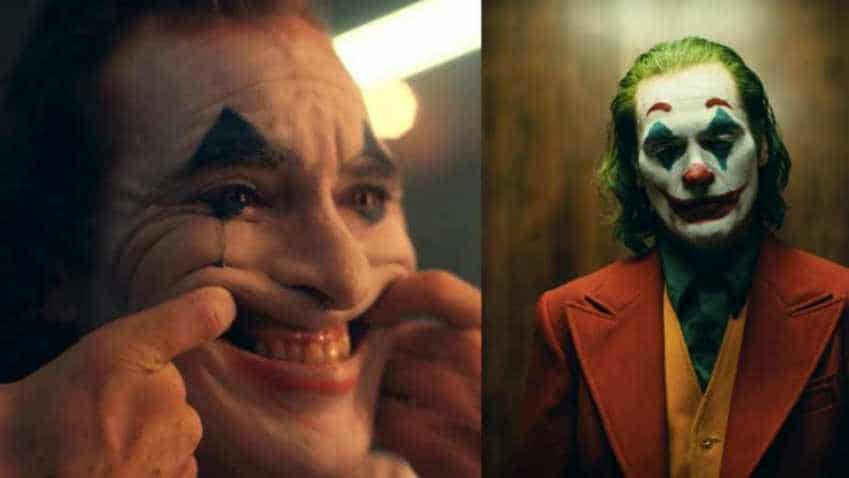 Warner Brothers "Joker" laughed its way to a new record at the domestic box office. Despite mounting controversy and security concerns, the R-rated comic-book movie scored $93.5 million over the weekend and now stands as the biggest October launch of all time. Those ticket sales easily crushed the benchmark previously set last year by Sony`s superhero tentpole "Venom" with $80 million. Directed by Todd Phillips and starring Joaquin Phoenix, "Joker" has been the subject of scrutiny in weeks leading up to its release over fears that the disturbing origin story of Batman`s infamous foe could inspire violence. However, those anxieties didn`t deter moviegoers from turning out en masse to see what all the fuss was about.

"Joker" has inspired waves of headlines over apprehensions that its depiction of a mentally ill assassin could incite violence, prompting movie theaters across the country to take extra security precautions. New York and Los Angeles police increased their presence around multiplexes, and exhibition owners outlawed costumes and face masks in some venues. The industry started to make some of these moves the 2012 mass shooting in Aurora, Colo., at a midnight screening of "The Dark Knight Rises" left 12 people dead and 70 injured. Members of families affected by the Aurora shooting had spoken against "Joker."

"Joker," co-starring Robert De Niro, Zazie Beetz and Frances Conroy, takes an unconventional approach to the superhero genre. The film follows Arthur Fleck (Phoenix), an aspiring stand-up comedian who descends into madness as his life and career being to spiral. Village Roadshow and Bron Studios co-produced and co-financed the film, which reportedly cost $55 million before taking global marketing and distribution fees into account.

In a surprise victory, "Joker" took home the top prize at this year`s Venice Film Festival, with critics lauding Phoenix`s borderline unsettling take on Batman`s arch nemesis. Audiences gave the film a B+ CinemaScore this weekend. Imax showings accounted for $7.5 million at 392 venues.

As the lone nationwide release, "Joker" received majority of box office spoils, earning more than the rest of the films in the top 10 combined. Last weekend`s box office champion, Universal`s "Abominable," slid to second place, collecting $12 million for a domestic haul of $37.8 million.

In third, Focus Features` "Downton Abbey" raked in another $8 million, boosting North American ticket sales to a strong $73 million. STX`s "Hustlers" landed at No. 4 with $6.3 million. After four weeks in theaters, the Jennifer Lopez and Constance Wu-led film has generated $91.3 million domestically. Rounding out the top five is Warner Bros.` "It: Chapter Two," which scared up $5.4 million during its fifth outing, taking the terrifying sequel past $200 million at the North American box office.

Among specialty titles, Roadside Attractions and LD Entertainment`s "Judy" brought in $4.4 million when it expanded to 1,458 locations from 461. The Judy Garland biopic, starring Renee Zellweger as the legendary entertainer, has made $8.9 million to date.

Budget 2020 My Pick: Time to do bumper earning before budget day, this share will give you high returns