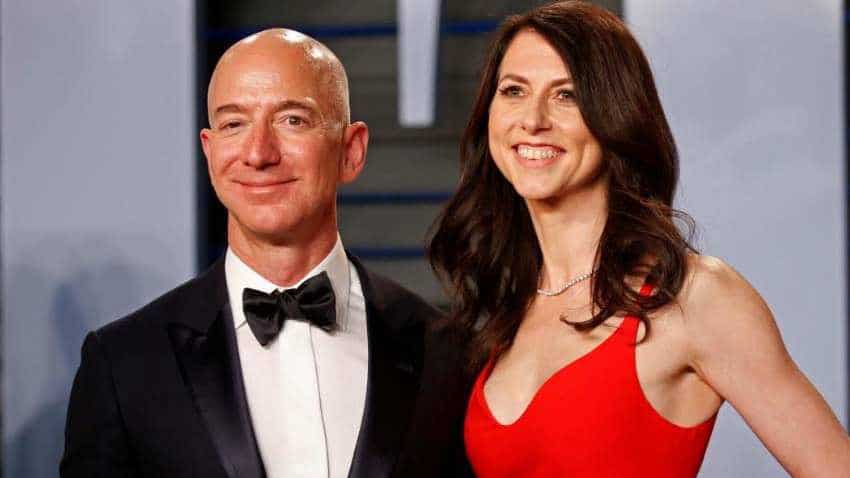 The couple has a home in Washington where Amazon is also based out of. Source - Reuters.

Amazon.com, Inc. founder and Chief Executive Jeff Bezos, the world`s richest man, and wife MacKenzie Bezos are set to split 25 years after their marriage. The couple made the announcement about their divorce on Twitter on Wednesday. According to the Bloomberg Billionaires Index, 54-year-old Bezos' net worth stands at $137 billion. He owns about 16 percent of the retailer as well as the Washington Post and Blue Origin. Under the leadership of Bezos, Amazon had also become Wall Street`s most valuable company this week, surpassing Microsoft Inc.

What MacKenzie Bezos may get?

However, divorce is likely to reshape the global wealth ranking. According to a Bloomberg report, if the couple split their fortune equally, 48-year-old MacKenzie would get $69 billion, making her the world’s richest woman. This would also make Microsoft Corp. co-founder Bill Gates once again the world's richest man with a net worth of $92.5 billion.

The couple has a home in Washington where Amazon is also based out of. It is community property state, which means all property and debt acquired during a marriage “will be divided equitably by the court if the couple cannot negotiate an agreement,” according to the website of McKinley Irvin, a family law firm in the region. The state also has a mandatory 90-day cooling off period between the day a couple initially files for divorce and when it can be finalised by the judge.

Having said that, if the couple split their fortune equally, it would be an unprecedented move. Oracle Corp.’s Larry Ellison has been through multiple divorces but none of them have affected his stake in the software maker. Similarly, Google co-founder Sergey Brin’s stake remained unchanged after he and Anne Wojcicki divorced without fanfare in 2015.

There is no official confirmation by Amazon on the status of the Bezos ownership stake or what impact the divorce might have on the company.

Last year, while speaking at an event in Berlin, the Amazon boss had said that MacKenzie`s support was instrumental when he founded Amazon in 1994 and that she did the accounting for the company in its first year. "When you have loving and supportive people in your life, like MacKenzie, my parents, my grandfather, my grandmother, you end up being able to take risks," he had said at the event.