Both Bezos and wife hold 5 properties together. Not only this, the couple is seen as the 25th largest landowners in the United States. 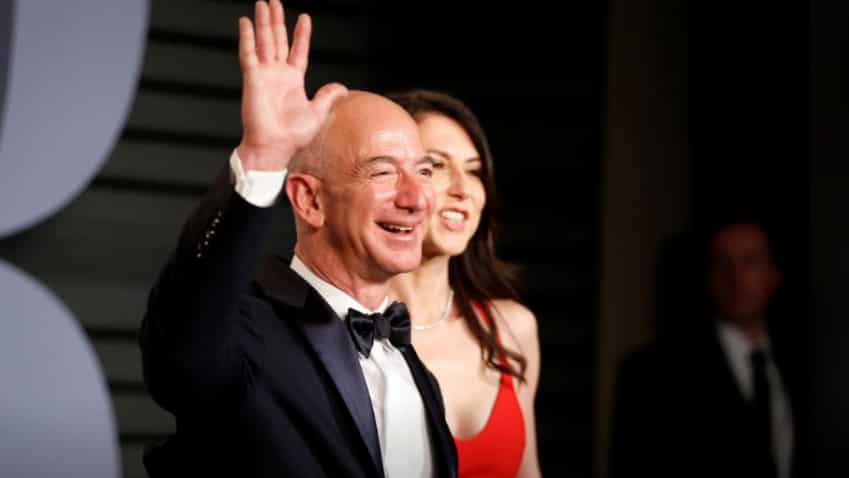 The richest man on earth is set to split from his wife. Yes, you have read it right! Jeff Bezos and wife Mackenzie Bezos have decided to end their 25 years of marriage. The couple has made it official via their twitter accounts. While people are busy trying to figure out how this could impact Jeff Bezos and his company Amazon, there is more at stake than one could imagine. Jeff Bezos and Mackenzie hold many breathtaking properties including a museum, a ranch and three mansions. Both Bezos and wife hold 5 properties together. Not only this, the couple is seen as the 25th largest landowners in the United States. According to a report by MailOnline, here’s a list of properties owned by Jeff Bezos alone and together with his wife:

In Medina, the couple owns two homes on a large property. In 1998, the couple paid about $10 million for a 5.3 acre property. One of the property is seen to cover 20,600 square feet and the other with  8,300 square feet, both  having five bedrooms and five bathrooms each .

Back in 2007, the couple purchased their first home in Beverly Hills for $24.45 million. Later, they even added neighboring property in 2017 for $12.9 million under their ambit. The first home is believed to have seven-bed, seven-bath Spanish-style mansion with a greenhouse, tennis court, swimming pool, six car garage and four fountains. Meanwhile, the second home includes four bedrooms and is scattered about 4,568 square feet.

Some of the renowned neighbours of Bezos are Jimmy Stewart, Donna Reed and Walter Matthau.

Majority of Bezos’ properties are in West Texas. Over here, the couple owns an estimated 400,000 acres in Culberson and Hudspeth counties east of El Paso, as per the report.

This includes a 30,000-acre Figure 2 ranch outside of Van Horn. Apart from this, the property also serves as a home to Jeff’s Blue Origin company. Jeff founded Blue Origin in 2001, and a portion of his wealth comes from this company which is ranging from $1 billion to $28 billion.

A textile museum in the Kalorama neighbourhood of Washington, DC, caught attention of the Bezos. They spent about $23 million to buy this museum, which was build in 1912 and spreaded around 27,000 square foot.

In Washington, Kalorama is seen as highly loved place as power players like the Obamas, Ivanka Trump and Kushner also have property there.

Additionally, The Washington Post will be another big investment in this place, which the billionaire bought for $250 million in August 2013.

For nearly two decades, Jeff Bezos has owned properties in New York. Back in 1999, the couple bought a pad in Manhattan’s Central Park West for a whopping $7.7 million.

This home is made into three interconnected apartments in the Century building.

If the divorce leads to an equal division of wealth between Jeff Bezos and Mackenzie Bezos, the above mentioned properties will be divided as well.