On Tuesday, an unnamed Asian collector bought the massive seven by 16 foot (two-and-a-half by five meter) untitled self-portrait from 1982, painted in Italy. 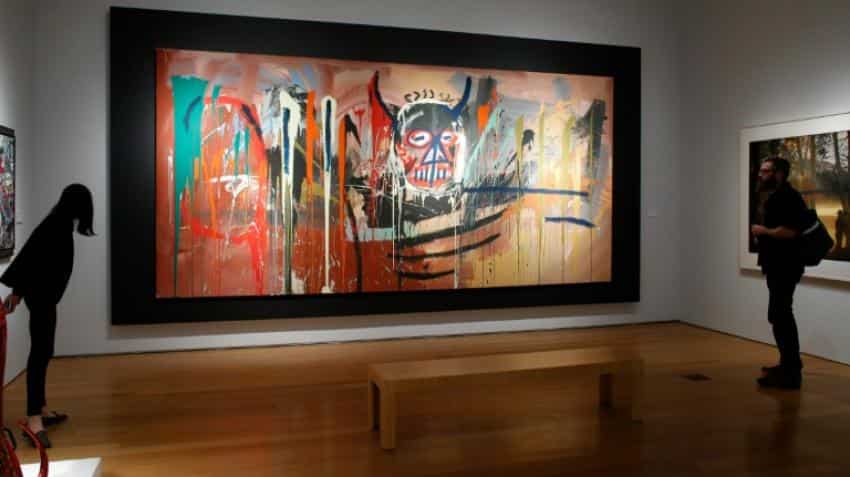 A huge self-portrait by Jean-Michel Basquiat brought $57.3 million at auction in New York Tuesday, a record for the late American artist, Christie`s said.

On Tuesday, an unnamed Asian collector bought the massive seven by 16 foot (two-and-a-half by five meter) untitled self-portrait from 1982, painted in Italy.

The young Haitian-American artist, who pictured himself in the work with a demonic image among popping colors, died of a drug overdose at age 27 in 1988.

The 1,500-odd pieces up for sale this week are expected to bring in more than a billion dollars.

A statue of Hitler on his knees was auctioned Sunday for $17.2 million, a record for a work by the Italian artist Maurizio Cattelan.