Japan`s economy grew more than expected in the second quarter, helped by strong household and business spending and recovering from a contraction earlier this year, but global trade tensions loom as major risks to the export and investment outlook. 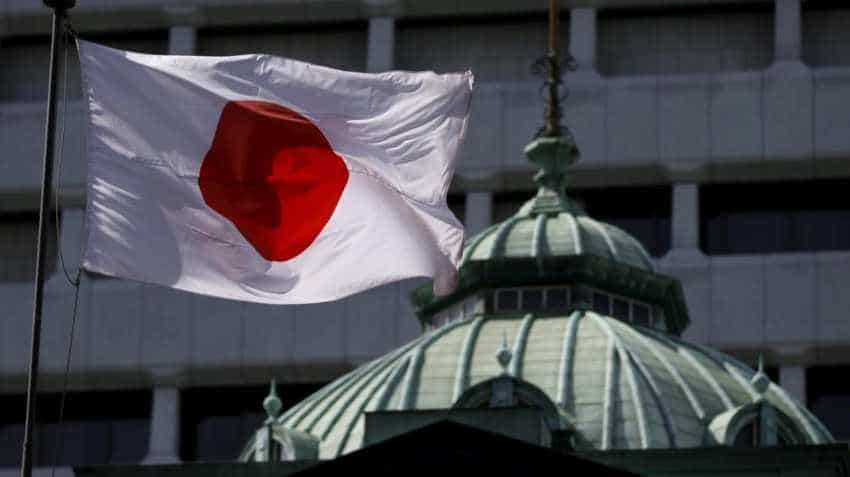 Japan`s economy grew more than expected in the second quarter, helped by strong household and business spending and recovering from a contraction earlier this year, but global trade tensions loom as major risks to the export and investment outlook.

While analysts expect the economy to sustain a recovery, some warn escalating global trade frictions could hurt exports, cool capital expenditure and weigh on growth.

Yusuke Ichikawa, senior economist at Mizuho Research Institute, said global trade conditions remain a risk for the rest of the year, even with support to growth from domestic drivers.

"If the trade conflict heightens uncertainty over the outlook, companies could rein in spending, even if Washington does not impose higher tariffs on Japanese goods," Ichikawa said. Japan`s economy expanded 1.9 percent on an annualised basis in April-June, beating a median market forecast for a 1.4 percent increase, government data showed on Friday.

That followed a revised 0.9 percent contraction, larger than initial estimates, in the previous quarter, which put an end to the best run of growth since the 1980s bubble economy.

Compared with the previous quarter, gross domestic product (GDP) rose 0.5 percent, more than the median estimate for a 0.3 percent increase and following a 0.2 percent contraction in January-March. In a sign the economic recovery was broadening, domestic demand was the main driver of growth.

Private consumption, which accounts for about 60 percent of the economy, was the biggest contributor, rising 0.7 percent on brisk demand for cars and home appliances, the data showed.

The external environment, however, was less favourable, even without any direct impact to exports from increasing trade hostilities between the United States and its major trading partners over the quarter. External demand, or exports minus imports, subtracted 0.1 percentage point from growth, missing expectations for a 0.1 percentage point contribution.

U.S. President Donald Trump is pushing Tokyo to sign a bilateral free-trade agreement and threatened to impose higher tariffs on auto imports including those from Japan, which would hit the export sector of the world`s third largest economy.

The two countries failed to reach an agreement in talks on Thursday between U.S. Trade Representative Robert Lighthizer and Japanese Economy Minister Toshimitsu Motegi, who stuck to Tokyo`s position that it preferred multilateral free-trade agreements over bilateral ones.

Trump is trying to re-negotiate the U.S. trade relationship with other countries to curb practices, which he says are unfair to American companies and workers.

This has led to an increase in tensions between the United States and China as the world`s two largest economies slap retaliatory tariffs on each other.

Japan has repeatedly said it prefers multilateral trade negotiations, which puts it at loggerheads with the United States.