Japan's core inflation rises for 1st time in over a year

The ministry began releasing from Friday a new index on consumer prices that excludes the effect of volatile fresh food and energy costs, which it says is useful in tracking consumer price trends that strips away one-off factors. 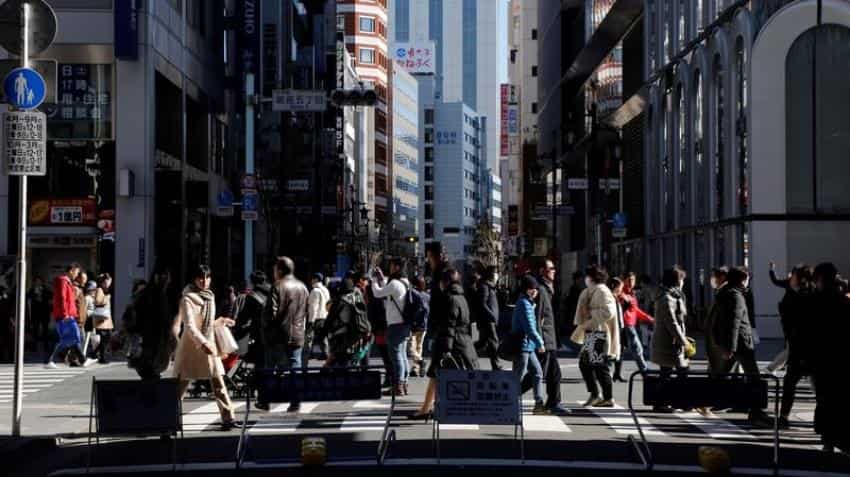 Japan`s core consumer prices rose for the first time in over a year in January due to a pickup in energy costs and private consumption, offering some hope for the central bank`s efforts in accelerating inflation to its 2% target.

But household spending slumped in January even as the job market tightened further, underscoring the fragile nature of Japan`s economic recovery.

It compared with a median market forecast for a flat growth and followed a 0.2% drop in December.

A separate index that excludes the effect of energy and fresh food prices, but includes processed food costs, was up 0.2% in January from a year earlier, the government said.

Low inflation in Japan, a phenomenon seen for much of the past two decades, remains the biggest hurdle to fostering a durable economic recovery - a goal that has eluded policy makers since the late 1990s.

The ministry began releasing from Friday a new index on consumer prices that excludes the effect of volatile fresh food and energy costs, which it says is useful in tracking consumer price trends that strips away one-off factors.

Separate data showed household spending fell 1.2% in January from a year earlier, worse than a median market forecast for a 0.4% drop and marking the 11th straight month of declines. The jobless rate fell to 3.0% in January, matching a median forecast.

Japan`s economy expanded in July-September and analysts expect growth to pick up in coming quarters, thanks to a recent rise in exports and factory output driven by improvements in emerging economies.

Policymakers hope that prospects of a sustained recovery will prompt companies to boost wages and household spending, seen as a soft spot in the world`s third-largest economy.

Many analysts expect core consumer prices to head toward 1% later this year, though that will still keep inflation distant from the BOJ`s ambitious 2% target.