Bank of Japan Governor Haruhiko Kuroda last week stuck to his optimism that Japan`s export-dependent economy will soon climb out of its doldrums as global growth recovers. 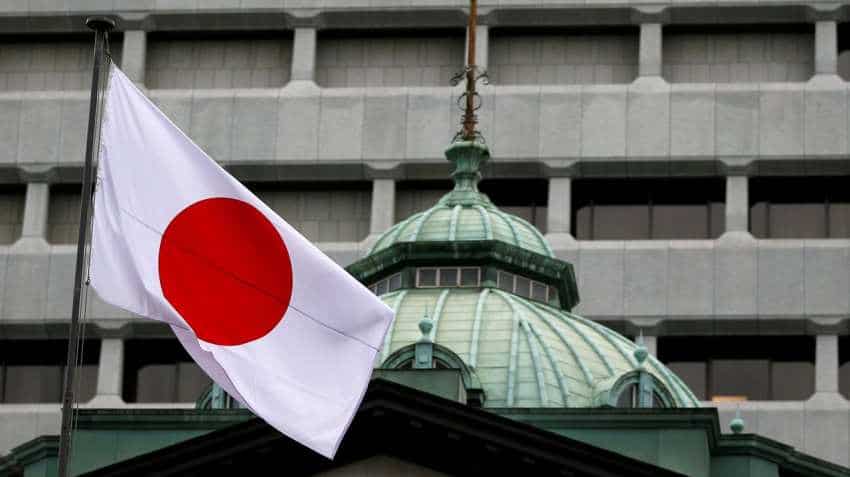 Japan`s exports fell for a fourth straight month in March as China-bound shipments slumped again, reinforcing growing anxiety that weak external demand may have knocked the economy into contraction in the first quarter. Ministry of Finance data out on Wednesday showed exports fell 2.4 percent in March from a year earlier, compared with a 2.7 percent drop predicted by economists in a Reuters poll, and followed a 1.2 percent decline in February. The data reinforces worries that weak external demand may hurt company profits and in turn curb business expenditures, workers` wages and consumer spending in a broad hit to growth.

"Slump in exports have caused capital expenditure to drop sharply and private consumption to slow," said Ryutaro Kono, chief economist at BNP Paribas Securities. "As such, Japan`s economy likely contracted again in the first quarter." The spectre of a first quarter contraction would pile pressure on Prime Minister Shinzo Abe to once again delay a planned sales tax hike in October needed to fix the world`s heaviest public debt burden at twice the size of its economy. The economy grew at an annualised rate of 1.9 percent in the fourth quarter driven by business and consumer spending.

Bank of Japan Governor Haruhiko Kuroda last week stuck to his optimism that Japan`s export-dependent economy will soon climb out of its doldrums as global growth recovers. Kuroda, however, did warn of lingering risks to the global outlook, including the outcome of U.S.-China trade talks and Britain`s potentially messy departure from the European Union. Markets expect the BOJ to stand pat at a rate review next week, though some investors say the recent batch of soft indicators may pile pressure on policymakers to add to the central bank`s already massive stimulus later in the year.

Wednesday`s data came on the heels of this week`s bilateral trade talks between Tokyo and Washington. U.S. President Donald Trump has prodded Japanese automakers to boost more jobs in the United States as the White House has threatened to impose tariffs of up to 25 percent on imported vehicles, on the grounds of national security. Imports of Japanese cars make up about two-thirds of Japan`s $67.6 billion annual trade surplus in goods with the United States. U.S.-bound exports rose 4.4 percent in the year to March, driven by car shipments, which grew 5.1 percent.

Japan`s overall imports rose 1.1 percent in the year to March, undershooting the median estimate for a 2.6 percent annual increase, resulting in a trade surplus of 528.5 billion yen.