"The BOJ has reached a point where it may have to lower JGB purchases soon, so additional easing may not have a great impact." 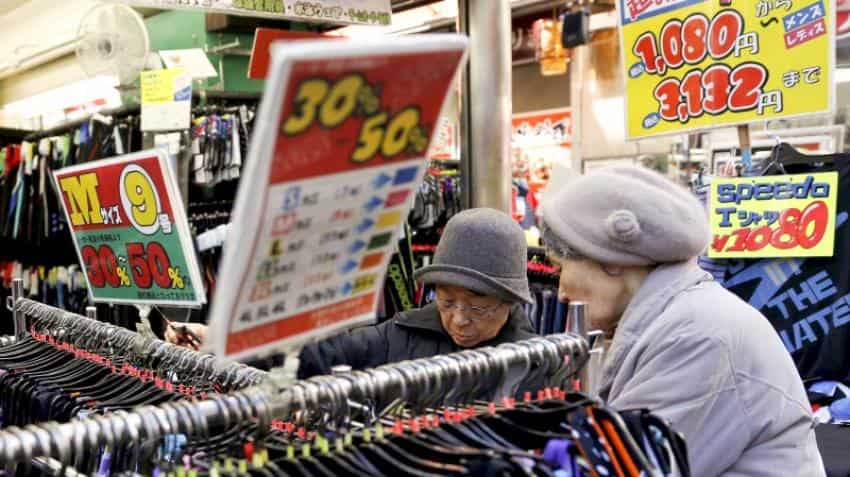 Japan`s core consumer prices in June suffered the biggest annual decline since the Bank of Japan embarked on its aggressive stimulus drive in 2013, piling pressure on the central bank to expand an already massive stimulus programme.

The data comes hours before the Bank of Japan concludes a closely watched two-day rate review ending on Friday, with near-consensus in markets that it will deploy additional stimulus to match the government`s planned big spending package.

The central bank, under pressure from the government, is considering specific steps for expanding monetary stimulus to address signs of weakness in inflation, people familiar with the bank`s thinking said.

The bank has been buying assets like exchange-traded funds (ETFs), but already holds around a third of Japan`s market for government bonds (JGBs).

"We expect the BOJ to increase ETF purchases. A small rate cut is possible, but this will hurt bank earnings," said Hidenobu Tokuda, senior economist at Mizuho Research Institute.

"The BOJ has reached a point where it may have to lower JGB purchases soon, so additional easing may not have a great impact."

The 0.5 percent fall in the core consumer price index, which includes oil products but excludes fresh food prices, was lower than economists` median estimate for a 0.4 percent annual fall. It fell for fourth straight month, and the decline was the largest since March 2013, just a month before the BOJ deployed the quantitative and qualitative easing programme.

The so-called core-core inflation index, which excludes food and energy prices and is similar to the core index used in the United States, rose 0.4 percent in the year to June.

Core consumer prices in Tokyo, available a month before the nationwide data, fell 0.4 percent in the year to July, versus a 0.5 percent annual fall seen by analysts in a Reuters poll.

Japan`s economy expanded at the fastest pace in a year in the first quarter, but analysts say growth will not pick up much for the rest of this year as slow wage gains crimp consumption. External headwinds, such as weak emerging market demand and the yen`s gains, also threaten exporters` income.

Prime Minister Shinzo Abe said his government would compile a stimulus package of more than $265 billion next week to reflate the flagging economy, although it was unclear how much would be spent to directly boost growth.