The stimulus spending is part of a renewed government effort to coordinate its policy with the Bank of Japan, but growing concerns that the BOJ policy has reached its limit triggered the worst sell-off in government bonds in three years. 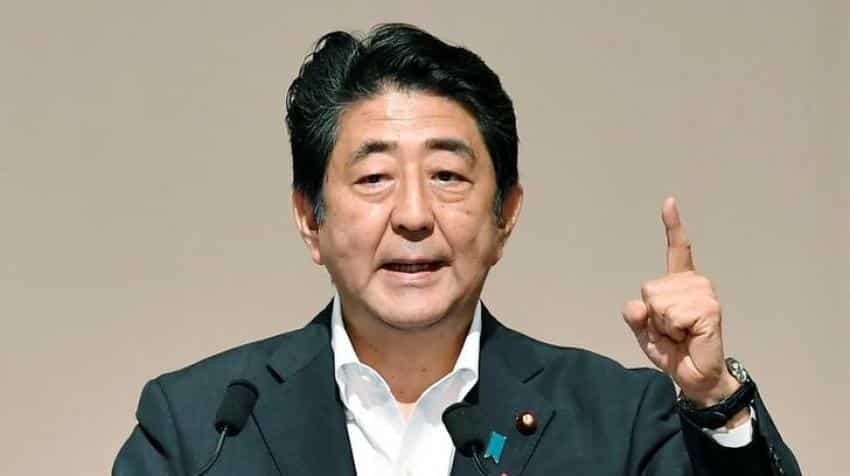 The package includes 7.5 trillion yen in spending by the national and local governments, and earmarks 6 trillion yen from the Fiscal Investment and Loan Program, which is not included in the government`s general budget.

The stimulus spending is part of a renewed government effort to coordinate its policy with the Bank of Japan, but growing concerns that the BOJ policy has reached its limit triggered the worst sell-off in government bonds in three years.

"We compiled today a strong economic package draft aimed at carrying out investment for the future," Abe told a meeting of cabinet ministers and ruling party executives on Tuesday morning.

"With this package, we`ll proceed to not just stimulate demand but also achieve sustainable economic growth led by private demand."

The headline figure for the package totals 28.1 trillion yen, but it includes public-private partnerships and other amounts that are not direct government outlays and thus may not give an immediate boost to growth.

The package comes days after the Bank of Japan eased policy again and announced a plan to review its monetary stimulus programme in September, which has kept alive expectations for "helicopter money", printing money for government debt.

The review has spooked investors, who are unsure how BOJ policy will change in the future. The price of 10-year JGB futures <2JGBv1> closed down 0.91 point on Tuesday to 151.33, having fallen 2.47 points in the last three sessions, their biggest three-day fall since May 2013.

The expected appointment of Toshihiro Nikai, an advocate of big public works spending, to the No. 2 post of Abe`s ruling party in tandem with a cabinet reshuffle on Wednesday underscores Abe`s shift toward his "second arrow" of fiscal policy amid concerns monetary easing is reaching its limits.

Precisely how the spending will be financed is unclear, although the government is considering issuing construction bonds when compiling a supplementary budget later this year. The stress on fiscal steps is raising doubts about Japan`s ability to fix its already massive debt.

The government estimates the stimulus would push up real gross domestic product (GDP) by around 1.3 percent in the near term. The package will be implemented over several years, officials added.

"As effects of public works and cash payouts fade later in fiscal 2017, Japan will likely face a fiscal cliff," said Koya Miyamae, senior economist at SMBC Nikko Securities, referring to the contraction in spending after the package wears off.

"To prevent a fiscal cliff, the government will likely repeat large-scale stimulus. Considering that a general election must be held by late 2018, direct government spending would become larger, which could further delay Japan`s fiscal consolidation goal."