Trump on Wednesday accused the Organization of the Petroleum Exporting Countries of driving fuel prices higher, and urged Saudi Arabia to pump more if it wanted  Washington to continue protecting it against its top rival Iran. 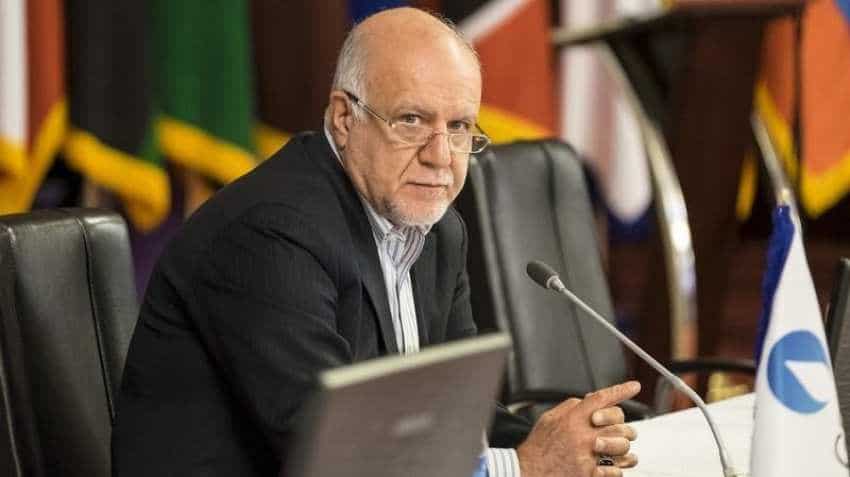 Iran`s oil minister on Saturday accused U.S. President Donald Trump of insulting OPEC by ordering it to increase production and reduce prices, adding that Iranian output and exports had not changed as a result of U.S. pressure.

Trump on Wednesday accused the Organization of the Petroleum Exporting Countries of driving fuel prices higher, and urged Saudi Arabia to pump more if it wanted
Washington to continue protecting it against its top rival Iran.

"Mr Trump sends every day a new message that creates uncertainty in the market," Iranian Oil Minister Bijan Zanganeh said in an interview with state television.

"Trump`s order to OPEC members to increase production is a great insult to those governments and nations, and destabilises the market."

Zanganeh called the tension between Tehran and Washington a "trade war" and said it had not led to changes in Iranian oil production and exports.

Iran, OPEC’s third-largest producer, is facing U.S. sanctions on its oil exports that are prompting some buyers to cut purchases.

Washington said in May it was walking away from an international deal on Iran`s nuclear programme, and said it would impose fresh sanctions on Iran`s energy sector.

South Korea halted all Iranian oil shipments in July for the first time in six years amid U.S. pressure.

The EU, once Iran`s biggest oil importer, has promised to try keep the 2015 nuclear deal alive without the United States by trying to keep oil and investment flowing.

Foreign ministers from the five remaining signatory countries offered a package of economic measures to Iran on Friday to counter the U.S. sanctions, but Tehran said the package did not go far enough.

"I have not seen the package personally, but our colleagues in the foreign ministry who have seen it were not happy with its details," Zanganeh was quoted as saying by Tasnim news agency.

Iran has threatened to block oil exports through a key Gulf waterway in retaliation for U.S. efforts to reduce Iranian oil sales to zero.

Zanganeh said Iran`s stance on this issue was clear.