On Friday, Indian software major Infosys announced hiring 1,000 Americans in the Arizona state as part of its commitment to employ 10,000 Americans to bridge the IT skill gap in the US by 2023. 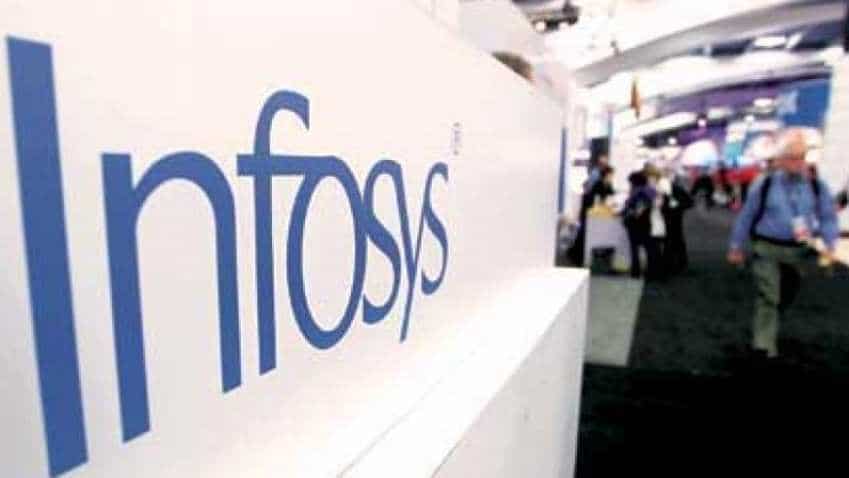 Indian software major Infosys on Friday announced hiring 1,000 Americans in the Arizona state as part of its commitment to employ 10,000 Americans to bridge the IT skill gap in the US by 2023.

"We are hiring 1,000 American workers and opening our next technology-cum-innovation hub in the state of Arizona," said the city-based IT firm in a statement here.

The announcement reinforces the IT major`s May 2, 2017 commitment to hire 10,000 Americans and open 4-5 technology-cum-innovation hubs across the US by 2023.

"We have hired 5,874 American workers till date as part of the commitment," said the statement.

"Investment in Arizona is part of our commitment to accelerate innovation for American enterprise by tapping local talent and shrinking the IT skills gap in the marketplace," the statement added.

"We will hire graduates from the state`s colleges, universities and local techies for the Arizona hub and train them through our curriculum for upskilling," said the statement.

Lauding Infosys for choosing Arizona as one of its tech-cum-innovation hubs across the US, state Governor Doug Ducey said the IT behemoth would enhance the state`s efforts to prepare the workforce through training and education in technology.

Infosys President Ravi Kumar said the investment would strengthen the company`s ability to deliver IT services to its clients in Arizona and the southwest region.

"The hub will enable us to hire more locals and help our clients compete in digitising the global economy," said Kumar.

Arizona Commerce Authority Chief Executive Sandra Watson said on the occasion that selection of Arizona by the IT firm would enhance the southwest state`s reputation as a tech industry leader.

"The IT firm`s operation will create high-value jobs and focus on advancing emerging technologies," added Watson.

The $10.9-billion firm`s other hubs are at Indianapolis in Indiana, Raleigh in North Carolina, Hartford in Connecticut and Providence in Rhode island.

The hiring of Americans is seen as a fallout of US President Donald Trump`s executive order on H1-B visas in April 2017 as clients in North America contribute about 60 per cent of the company`s software export revenue annually.