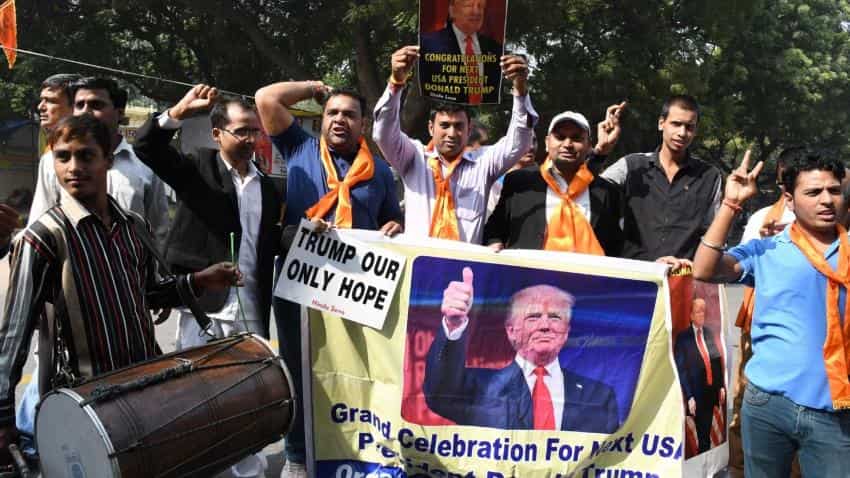 Banning Muslims from seven countries even if they held a 'green card' to enter the United States of America, US President Donald Trump have put in jeopardy many Indians who live and work in North America -- many of them on H1-B visas. Pic: IANS

Banning Muslims from seven countries even if they held a 'green card' to enter the United States of America, US President Donald Trump has put in jeopardy many Indians who live and work in North America -- many of them on H1-B visas.

An Indian citizen currently working in the information technology sector in the US on an H1-B visa said that their company have issued an advisory to not leave the country. The email read, "I have just been informed by our attorney that they are not advising anyone to travel out of the country at this time. The consulate is issuing 221G forms at an alarming rate for no reason at all which could result in being stuck indefinitely in India."

"If you have upcoming plans to travel, we advise postponing them until we have more clarity on the situation at the consulate from the attorney." 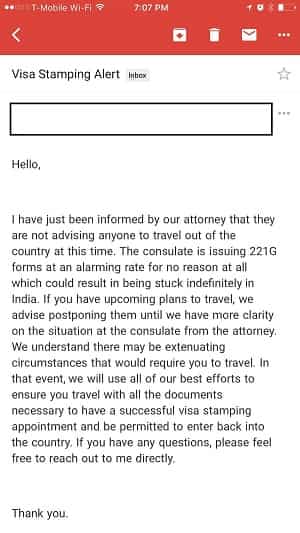 Earlier this week, Prime Minister Narendra Modi and President Trump spoke over the phone where the latter called India a 'true friend'. Trump said that the US will stand shoulder to shoulder with India to fight global terrorism. Trump even invited Modi to visit the US later this year.

On January 27, 2017, which is also celebrated as International Holocaust Remembrance Day, President Trump closed US borders for refugees around the world, especially Syria. The executive order signed by President Trumps stops people from Iran, Iraq, Syria, Sudan, Yemen, Libya and Somalia from entering the US for a period of 90 days. Refugees from any country in the world cannot enter the US for a period of 120 days, the executive order read.

President Trump said that this executive order was a neccessary vetting process to keep radical islamic terrorists from entering the country. He was quoted by the New York Times as saying, "We want to ensure that we are not admitting ito our country the very threats our soldiers are fighting overseas. We only want to admit those into our country who will support our country, and love deeply our people."

This executive order has left hundreds in precarious situations as the it covers people who already have green cards.

A green card is a permit allowing foreign nationals to live and work permanently in the US.

Meanwhile, the Guardian reported that many fliers on airlines across the world were being turned away if they belonged to the countries listed in the executive order.

The paper said that Dutch carrier KLM turned away seven such passengers.

Manel Vrijenhoek, at KLM’s press office, said that seven were due to fly with KLM from different airports around the world.

Global search giant Google has recalled its staff who could be affected by this move to return to the US immediately.