Sparsh Shah, who is wheelchair-bound, does not let his condition come in the way of his creativity. 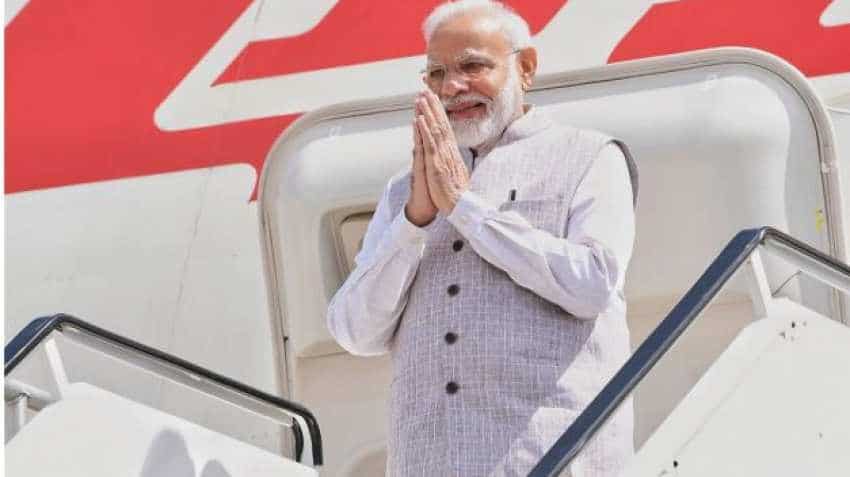 A 16-year-old Indian-origin boy, born with a rare medical condition known as osteogenesis imperfecta` or brittle bone disease, will be singing the Indian national anthem at the `Howdy Modi` event on Sunday and is excited at meeting Prime Minister Narendra Modi. Sparsh Shah, who is wheelchair-bound, does not let his condition come in the way of his creativity. Shah is a rapper, singer, songwriter and inspirational speaker from New Jersey, US.

According to reports, Shah has broken more than 130 bones over the years. Shah wants to become the next Eminem and perform before a billion people. A documentary named `Brittle Bone Rapper` released in March 2018 focused on Sparsh`s life journey and his fight against the disease, characterized by fragile bones that can break easily.

"But due to God`s grace I am going to meet him, and I`m excited to be singing the national song," said Shah. Sparsh first grabbed public attention when he recorded a video covering the Eminem song "Not Afraid", which has had more than 65 million views online. It was even noticed by Eminem`s record label, who tweeted about Sparsh after it went viral.

Sparsh has also given numerous motivational talks, inspiring millions of people to turn impossible into `I`m possible`. He also appeared on the UK TV show "Big Shots Little Shots", presented by Dawn French.He has also released his first album cover as a tribute to Eminem. Called Purhythm, a style of music he invented, the proceeds from its sale will go toward his music college fund, according to the website Disability Horizons.