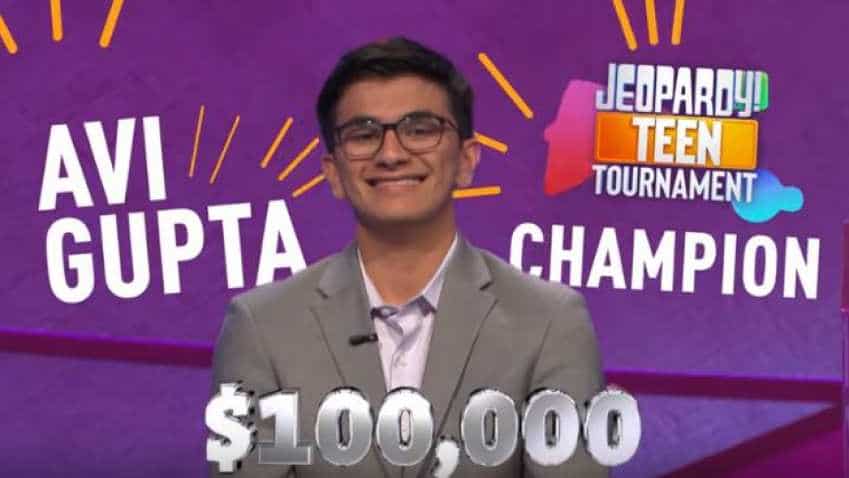 Jeopardy! Teen Tournament is United States' most watched individual quiz show in which answers are given first and contestants need to give questions. Image source: Jeopardy Youtube video snap

An Indian-American teen, Avi Gupta has won the Jeopardy! Teen Tournament 2019 contest with the prize money of $100,000 (around Rs. 68,95,000).  He got first position among the 15 teens contestants. The Finale of the show was aired on television on Friday.

Jeopardy! Teen Tournament is United States' most watched individual quiz show in which answers are given first and contestants need to give questions.

Avi belongs to Portland, Oregon, US and recently completed his High schooling, even after the start of the Tournament programme.

An IANS report stated that during the show, he told the host, Alex Trebek, that people questioned the value of accumulating a trove of trivia when they could be googled. But he said that building a wide range of knowledge was important because arguments and ideas can be built only on facts.

"Wow. What an experience. Thank you to my family and friends for helping me become who I am today, and to Jeopardy for making my dream come true. The Teen Tournament was the experience of a lifetime" Avi Gupta tweeted today.

The 2018 College Jeopardy was also won by Indian-American Dhruv Gaur with same prize money of $100,000.

Additionally, many other Indian-Americans are marking their names in different contests. The 2019 National Geography Bee, which tests knowledge of geography, was won by Nihar Janga, while in the 2019 National Spelling Bee contest, the seven of the eight co-winners were of Indian descent. In the previous 10 years, only Indian-Americans had been winners.

Eight of the 30 finalists in the Broadcom Masters science contest for middle school students, were Indian-Americans.