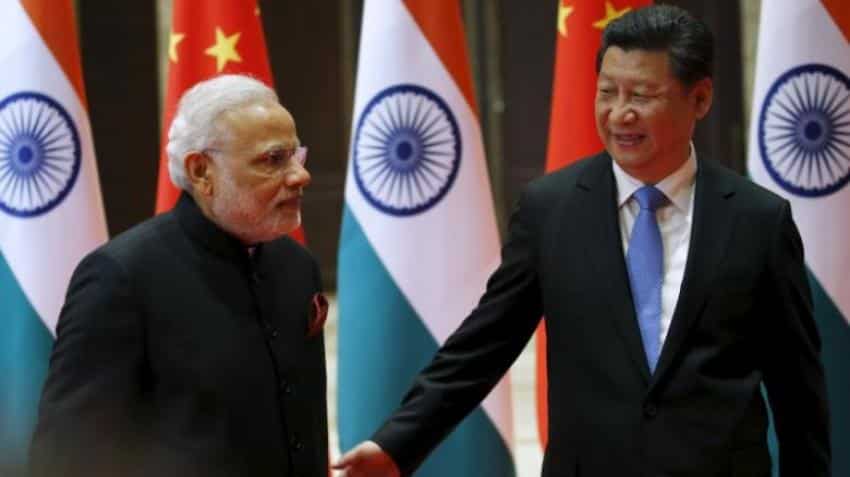 India and China have agreed to draw a roadmap with clear timelines to boost bilateral trade in a sustainable manner, the commerce ministry said today. Image source: Reuters

India and China have agreed to draw a roadmap with clear timelines to boost bilateral trade in a sustainable manner, the commerce ministry said today. Trade and other related issues were discussed during the meeting of China-India joint-group on economic relations, trade, science and technology here yesterday. The meeting was chaired by Commerce and Industry Minister Suresh Prabhu and his Chinese counterpart Zhong Shan. "The ministers agreed to draw-up a medium and long term roadmap with action points and timelines for increasing bilateral trade between the two countries in a balanced and sustainable manner," it said.

It added that the two countries are the largest emerging economies with 35 per cent of the world's population and about 20 per cent of the world's GDP but the relative volume of bilateral trade is less than 1 per cent of global trade. The Chinese side reaffirmed their commitment to accelerate the provision of market access for Indian agricultural products including non-basmati rice, rape- seed meals, pomegranate, okra, banana and other fruits and vegetables and bovine meat expeditiously.

The ministry said that the India's concern regarding trade deficit and requests for greater market access of Indian products and services was raised in the meeting.

On this, the neighbouring country expressed its commitment to address these concerns through the broad framework provided by successive joint economic group meetings. "The two sides reaffirmed their aim to promote bilateral trade in the field of pharmaceuticals including resolution of issues of Indian pharma products exports to Chinese markets," it added.

Further, both the sides agreed to re-negotiate bilateral investment agreement to create a more stable, transparent and predictable legal environment to facilitate greater investment on both sides.

India's trade deficit with China stood at USD 36.73 billion during the April-October period of the current fiscal.

The bilateral trade between the countries increased to USD 71.42 billion in 2016-17 from USD 70.17 billion in the previous fiscal.