India on Sunday called on G-20 countries to adopt principle of 'significant economic presence' while addressing challenges to tax profits made by the digital companies. 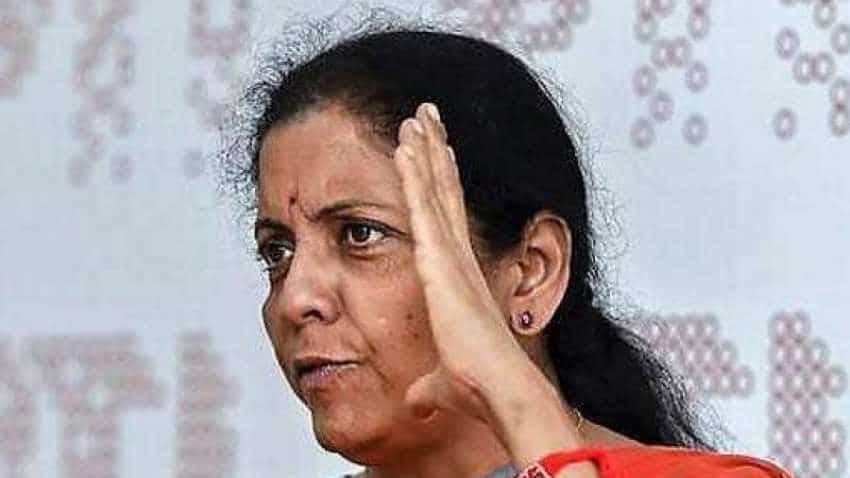 Finance Minister Nirmala Sitharaman noted the urgency to fix the issue of determining right nexus and profit allocation solution for taxing the profits made by digital economy companies. Photo: PTI

India on Sunday called on G-20 countries to adopt principle of 'significant economic presence' while addressing challenges to tax profits made by the digital companies. Addressing the two-day meeting of the G-20 finance ministers and central bank governors in Fukuoka, Japan, Finance Minister Nirmala Sitharaman noted the urgency to fix the issue of determining right nexus and profit allocation solution for taxing the profits made by digital economy companies.

"FM (Finance Minister) noted that the work on tax challenges arising from the digitalisation of economy is entering a critical phase with an update to the G20, due next year.

"In this respect, the FM strongly supported the potential solution based on the concept of 'significant economic presence' of businesses taking into account the evidence of their purposeful and sustained interaction with the economy of a country," a finance ministry statement said.

Sitharaman expressed confidence that a consensus-based global solution, which should also be equitable and simple, would be reached by 2020.

The minister said that with almost 90 jurisdictions now adopting the automatic exchange of financial account information (AEOI), it would ensure that tax evaders could no more hide their offshore financial accounts from the tax administration.

"She urged the G20/Global Forum to further expand the network of automatic exchanges by identifying jurisdictions including developing countries and financial centers that are relevant but have not yet committed to any timeline.

Sitharaman also highlighted the need for the G20 to keep a close watch on global current account imbalances to ensure that they do not result in excessive global volatility and tensions.

"The global imbalances left a detrimental impact on the growth of emerging markets. Unilateral actions taken by some advanced economies adversely affect the exports and the inward flow of investments in these economies," the ministry said.

She also urged the G20 to remain cognizant of fluctuations in international oil market and study measures that can bring benefits to both the oil exporting and importing countries.
Earlier speaking at the Ministerial Symposium on International Taxation, she raised the need for international cooperation on dealing with fugitive economic offenders who flee their countries to escape from the consequences of law.

"FM urged that closer collaboration and coordinated action were required to bring such economic offenders to face law," the statement added.

India at G-20 summit: As trade war threatens to derail global growth, this is what Centre is targetting

Modi holds bilaterals with Abe, Trudeau on sidelines of G20

Improve on these counts to grow, IMF tells India