In one of the biggest victories of Donald Trump during his presidency, the US Supreme Court yesterday upheld the travel ban that restricted the entry of people from Iran, North Korea, Syria, Libya, Yemen, Somalia, and  Venezuela. 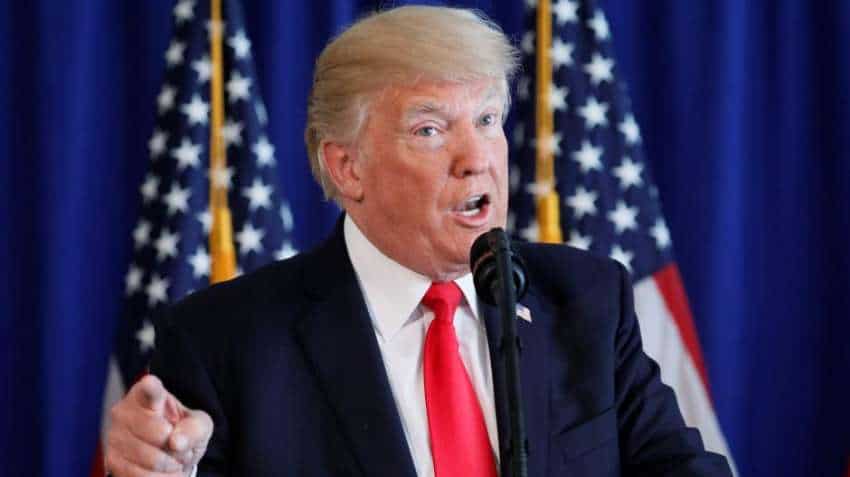 In one of the biggest victories of Trump during his presidency, the US Supreme Court yesterday upheld the travel ban that restricted the entry of people from Iran, North Korea, Syria, Libya, Yemen, Somalia and Venezuela.

"This decision calls into question all Americans' basic rights. It sets a standard that the president of the United States can target and discriminate against anyone, without consequences," Indian-American Congresswoman Pramila Jayapal said.

"We demand liberty and justice for all no caveats. Today's misguided decision strips that justice away and threatens religious liberty as we know it. We will continue to resist this ban and this hatred with everything we've got," she said on the Supreme Court's order.

The Muslim Ban, she said, has already inflicted irreparable harm on Muslim families and communities. Many families remained separated from loved ones while American businesses and research institutions were denied workers, she noted.

"Nearly 18 months ago, I rushed to SeaTac airport when Trump's Muslim Ban was abruptly imposed and created absolute chaos for lawful residents and visitors alike. It was clear then, and it's been clear through every iteration of this ban, that this is part of a larger effort to ban Muslims from the United States," Jayapal said.

The Supreme Court's decision "is a troubling first in modern times" for the nation: one that openly codifies inequality before the law, said South Asian Americans Leading Together (SAALT).

"Greenlighting persecution of communities due to their appearance or how they pray is unacceptable and un-American, and cannot be the law of our land," said Suman Raghunathan, executive director of SAALT.

"Today's decision joins our nation's past shameful decisions on Korematsu and Dred Scott by upholding discrimination. With this ruling, the highest court has turned its back on our communities who are already on the front-lines of state-sanctioned hate, violence, and division," she said in a statement.

"This country was built on diversity and we have always been an amalgamation of immigrants from across the world. We must continue to uphold high standards of diversity and inclusivity to ensure a brighter future for our children," said the Sikh American Legal Defence and Education Fund (SALDEF).

"We call upon Congress to act and pass legislation to rescind the Muslim Ban and rebuke any attempts to target Muslims, or anyone on the basis of national origin, faith or background," it said ruing that the decision to upheld the travel ban further advances the attack the Trump administration has on immigrant and minority communities.

"The hateful rhetoric and blanket statements that the administration has used when talking about specific groups of people will further create unnecessary bias against these communities," it said.

"It is important to push back on policies such as the Muslim Ban and the Zero Tolerance policy to ensure we live up to the ideals laid out in the US Constitution," SALDEF said.

South Asian Bar Association of North America (SABA) said it is not deterred by the Supreme Court majority's decision.

"We again call upon Congress to restore the vision of America as a place that welcomes, rather than denies immigrants," said SABA president Rishi Bagga.

SABA will continue to assist and support all impacted communities and take actions necessary to eliminate the targeting of religious and ethnic minorities by the Federal Government through recent executive actions, Bagga said.

"We are disappointed by the majority's willingness to rubber stamp this discriminatory policy without the more rigorous scrutiny of the context that was warranted," it said.

Trump had announced his first travel ban aimed at seven countries, just a week after he took office in January 2017, triggering a global uproar.

Lower American courts had deemed the ban unconstitutional, but the US top court reversed this decision in a 5-4 ruling announced yesterday.

The Supreme Court ruling marks the first major high court decision on a Trump administration policy. It upholds the selective travel restrictions, which critics called a discriminatory "Muslim ban" but the administration argued was needed for security reasons.