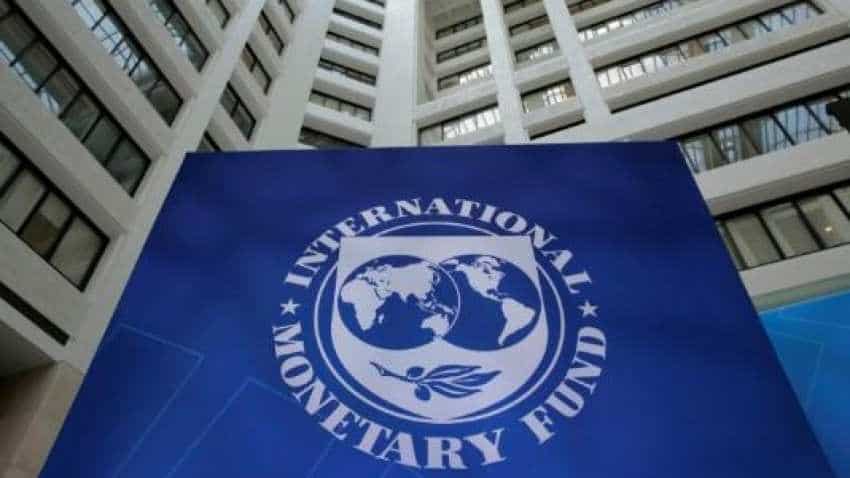 International Monetary Fund Managing Director Christine Lagarde said on Tuesday that global growth has lost momentum amid rising trade tensions and tighter financial conditions, but pauses in rate hikes will help boost activity in the second half of 2019.

Lagarde, in a preview of the April 12-14 IMF and World Bank Spring Meetings, said the global economy is "unsettled" after two years of steady growth, with the outlook "precarious" and vulnerable to trade, Brexit and financial market shocks.

In January, the IMF cut its global growth forecast for 2019 to 3.5 percent from 3.7 percent, and Lagarde signaled further cuts when the IMF releases new forecasts next week.

"We had this synchronized acceleration of growth a couple of years ago. Now it is synchronized deceleration and a slowing momentum across the spectrum," Lagarde said in a panel discussion at the U.S. Chamber of Commerce headquarters in Washington.

Lagarde said that the IMF does not anticipate a recession in the near-term, and the Federal Reserve`s "more patient pace of monetary policy normalization" will provide some thrust to growth in the second half of 2019 and into 2020.

She cautioned, however, that years of high public debt and low interest rates since the financial crisis a decade ago have left limited room in many countries to act when the next downturn arrives so countries need to make smarter use of fiscal policy. This means striking a better balance between growth, debt sustainability and social objectives and acting to address growing inequality by building stronger social safety nets.

She previewed new IMF research to be released on Wednesday showing that rising trade tensions and tariffs were hurting investment in plant, machinery and job creating projects. Other IMF research will show that rising market power among some technology firms was leading to price markups in a "winner takes most" dynamic that she said requires more effective policies to foster innovation and ensure fair competition.

Lagarde also said that the IMF has revised its analysis of the U.S.-China trade war`s impacts, showing that if all trade between the world`s two largest economies were subjected to a 25 percent tariff, U.S. gross domestic product would fall by up to 0.6 percent while China`s GDP would fall by up to 1.5 percent.

U.S. President Donald Trump has threatened to subject all imports from China to a 25 percent tariff if the two sides cannot resolve their disputes in negotiations. Chinese Vice Premier Liu He is due in Washington for another round of talks starting on Wednesday.

"Nobody wins a trade war," Lagarde added. "That is why we need to work together to reduce trade barriers and modernize the global trade system."