IMF Managing Director Kristalina Georgieva announced the decision at the Fund`s and World Bank`s annual meetings, saying that the initiative will provide confidence that the IMF can adequately support member countries as they deal with slowing global growth. 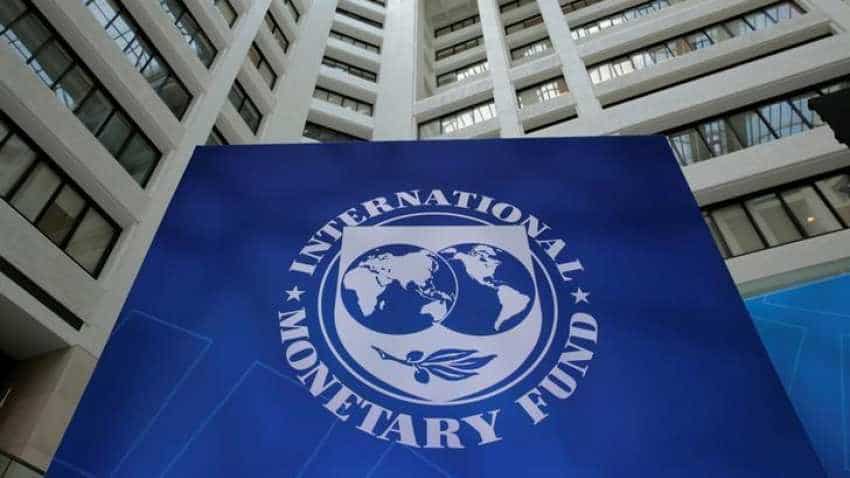 The International Monetary Fund said on Friday its 189 member countries agreed to maintain the IMF`s $1 trillion (772.6 billion pounds) in total lending resources while delaying changes to its shareholding structure to as late as December 2023. The move ends a deadlock with the United States, which had opposed shareholding changes that would give a bigger voice to China and other large, fast-growing emerging markets in a review process that was due for completion this year.

IMF Managing Director Kristalina Georgieva announced the decision at the Fund`s and World Bank`s annual meetings, saying that the initiative will provide confidence that the IMF can adequately support member countries as they deal with slowing global growth.

US Treasury Secretary Steven Mnuchin, who holds an effective veto over major Fund decisions, endorsed the move, which calls for a doubling of the IMF`s crisis lending fund to about $500 billion, restoring it to levels during the 2008-09 financial crisis. It would be accompanied by a reduction in bilateral lending arrangement to keep overall IMF resources unchanged.

But it would require the United States to double its commitment by contributing about $38 billion to the fund, known as the New Arrangements to Borrow (NAB), a move that would need approval from the U.S. Congress.

"We continue to support efforts to maintain the IMF`s current resources so that the IMF is sufficiently equipped to respond to potential crises over the medium term," Mnuchin said in a statement to the IMF`s steering committee.

In April, Mnuchin said he was firmly opposed to increasing the IMF`s overall funding and altering shareholding quotas. "In our view, the IMF currently has ample resources to achieve its mission," he said at the time.

The New Arrangements to Borrow, first launched in 1998 and increased 10-fold during the financial crisis a decade later, were due to expire in 2022.

Bilateral lending arrangements, totaling about $440 billion, were due to expire at the end of 2019. These will be extended for a year to buy governments time to approve the changes.

But the deal puts off for four years a reckoning over how the growing influence in the global economy of China, Brazil and India will be reflected in the governance of the IMF.

The IMF`s bylaws drafted at the end of World War Two require the Fund to be headquartered in the world`s largest economy - which may require a shift in coming decades based on forecasts that China`s GDP will eventually exceed that of the United States.

The deal preserves the U.S. veto power at the IMF and ends a deadlock over quotas while avoiding a bigger share for China for the time being, said Mark Sobel, a former U.S. Treasury official and U.S. executive director at the IMF.

"This is second-best compared to a quota increase, but it merits support," added Sobel, who is now with the Official Monetary and Financial Institutions Forum think-tank.

It also may be an easier sell to Congress, which balked for years at the last quota increase agreed in 2010 that boosted China`s and other emerging markets` voting power and shrunk that of European countries. Those changes were not implemented until 2016 after Congress approved it in a spending bill.