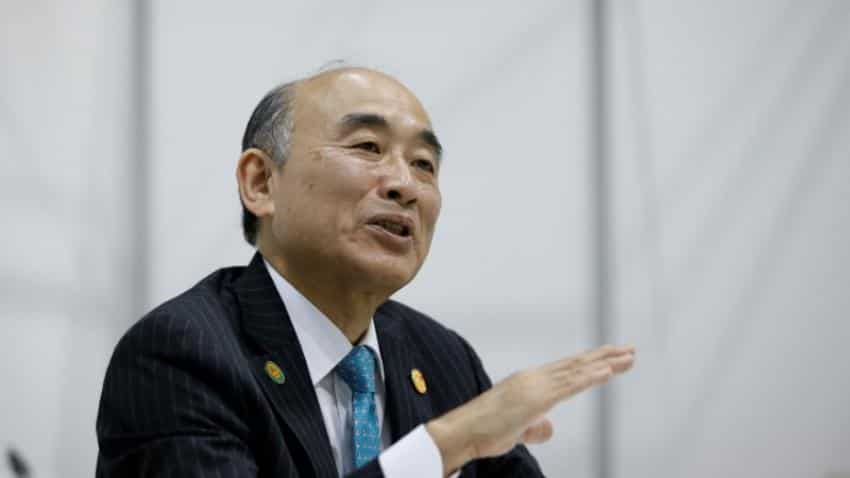 A multilateral framework like the Trans-Pacific Partnership pact works better in fixing trade imbalances than a bilateral deal, IMF Deputy Managing Director Mitsuhiro Furusawa said in an endorsement of Japan`s calls for Washington to rejoin TPP.

Japan and the United States are at loggerheads on how to frame trade talks, with U.S. President Donald Trump rebuffing Tokyo`s calls to rejoin the pact, instead preferring a two-way trade deal.

Furusawa said multilateral frameworks like TPP were more effective in solving disagreements over trade and fixing imbalances in a globalised world with intertwined supply chains.

"In general, a multilateral framework is more efficient for the global economy," said Furusawa, a former top Japanese currency diplomat.

Japan wants Trump to reconsider his decision to pull the United States out of TPP, and is reluctant to meet Washington`s calls to open talks for a two-way trade deal for fear of coming under pressure to open up markets like agriculture.

The two countries agreed at a summit earlier this week to create a new framework focusing on trade talks to iron out differences, though Japanese officials say it will take time to reach a solution agreeable for both.

The United States has also engaged in a tit-for-tat trade spat with China, stoking protectionism worries among IMF and Group of 20 finance leaders.

"Trade negotiations take time, and during that process the uncertainty continues. That would affect not just goods trade but investment, consumption and sentiment," he said.

While responding to Trump`s tariff threats with retaliation, China recently announced market liberalization plans such as scrapping a limit on foreign ownership of automotive ventures.

"China has been pushing through market reforms for quite some time, so I don`t think it`s just in response to U.S. pressure," Furusawa said.

"It`s a move in the right direction. Pushing forward with reforms is good not just for the Chinese economy but for the global economy."

Referring to Japan`s fiscal policy, Furusawa said it was "obvious" the country must proceed with a scheduled sales tax increase next year to rein in its huge public debt.

The government should also take steps to ease the pain from the tax hike on the economy, including through a temporary increase in fiscal spending, he said.

As the economy continues to strengthen, Japan must push through reforms to boost its potential growth, he said.

"We`ve seen some progress, such as in areas like corporate governance and trade," Furusawa said. "The biggest challenge is labor market reform, so we`re hoping there will be progress on that front."