IMF's Chief Economist Gita Gopinath will leave her job in January next year and will return to the Harvard University. 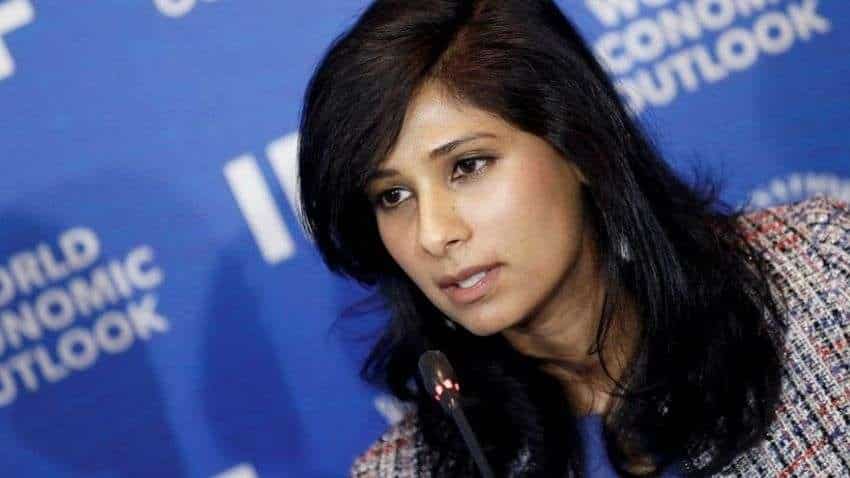 IMF's Chief Economist Gita Gopinath will leave her job in January next year and return to the prestigious Harvard University, according to the global financial institution.

The 49-year-old prominent Indian-American economist had joined the International Monetary Fund (IMF) as the Chief Economist in January 2019.

She was the John Zwaanstra Professor of International Studies and Economics at Harvard University when she joined the Washington-based global lender.

"Gita's contribution to the Fund and our membership has been truly remarkable - quite simply, her impact on the IMF's work has been tremendous," Georgieva said.

Mysuru-born Gopinath is the first-ever woman Chief Economist of the IMF.

Harvard University had extended her leave of absence on an exceptional basis by one year, which has allowed her to serve as Chief Economist at the IMF for three years.

She made history as the first female Chief Economist of the Fund and we benefited immensely from her sharp intellect and deep knowledge of international finance and macroeconomics as we navigate through the worst economic crisis since the Great Depression.

"Gita also won the respect and admiration of colleagues in the Research Department across the Fund, and throughout the membership for leading analytically rigorous work and policy-relevant projects with high impact and influence," Georgieva said.

The IMF said that as part of her many significant initiatives, Gopinath co-authored the 'Pandemic Paper' on how to end the COVID-19 pandemic that set globally endorsed targets for vaccinating the world.

This work led to the creation of the Multilateral Task Force made up of the leadership of the IMF, the World Bank, the World Trade Organisation and the World Health Organisation to help end the pandemic and the establishment of a working group with vaccine manufacturers to identify trade barriers, supply bottlenecks, and accelerate delivery of vaccines to low- and lower-middle income countries, the IMF said in a statement.

Among her other key accomplishments, Gopinath helped set up a Climate Change team inside the IMF to analyse, among other things, optimal climate mitigation policies.

"I would like to express my personal appreciation to Gita for her impressive contributions, her always wise counsel, her devotion for the mission of the Research Department and the Fund more broadly, as well as her widely recognised inclusive and accessible approach to colleagues and staff," Georgieva added.

Born in December 1971 to Malayalee parents, Gopinath had her schooling in Kolkata and graduated from the Lady Shri Ram College of Commerce in Delhi. She did Masters from the Delhi School of Economics as well as from the University of Washington.

Gopinath did her Ph.D in economics from Princeton University in 2001 and she was guided by Kenneth Rogoff, Ben Bernanke and Pierre-Olivier Gourinchas.

She joined the University of Chicago in 2001 as an Assistant Professor before moving to Harvard in 2005. She became a tenured Professor there in 2010.

She is the third woman in the history of Harvard to be a tenured professor at its esteemed economics department and the first Indian since the Nobel laureate Amartya Sen to hold that position.