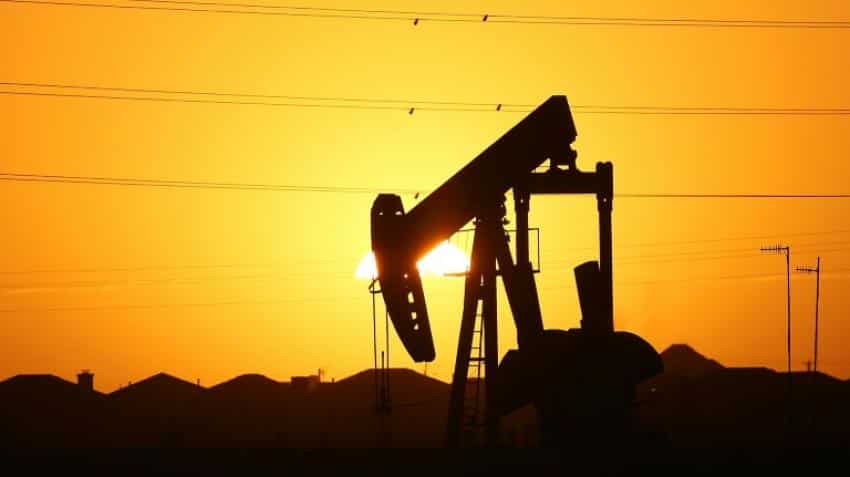 The IEA said Thursday it had cut its oil demand growth forecast for 2017 because of a weaker outlook for the world economy following Britain`s vote to leave the European Union.

Global oil demand growth is now expected to slow to 1.2 million barrels per day in 2017 from 1.4 mb/d this year "due to a dimmer macroeconomic outlook", the International Energy Agency said in its monthly oil market report.

Global demand will therefore reach 97.5 mb/d next year after 96.3 mb/d this year, it said.

The IEA said it was basing its projections on the International Monetary Fund`s decision in July to cut its world economic growth forecast following Britain`s vote to leave the EU the previous month.

"As a result the global outlook for 2016-17 has worsened," the IEA said, saying Britain itself would suffer the most, but the rest of the EU was also likely to be hit as trade prospects and confidence weakened.

At the same time oil oversupply, which has been weighing on the oil price in recent months, will disappear in the latter part of 2016, the IEA said.

"Our balances show essentially no oversupply during the second half of the year," the IEA said.

Although the drop in the oil price by about $7 (6.30 euros) per barrel since its mid-June peak of over $52 "has put the `glut` back into the headlines", excess supply would likely be soaked up in the months ahead.

The IEA predicted "a hefty draw" on oil reserves in the current quarter after a stretch of uninterrupted builds.

This would "help pave the way to a sustained tightening of the crude oil balance".

Meanwhile global oil supply rose by around 0.8 mb/d in July as production both by OPEC and producers outside the cartel rose.

The oil price fell in Asia Thursday for a third day after figures showing high US crude stockpiles and increased Saudi production.

US data on Wednesday showed a jump in crude inventories, taking by surprise investors who expected a drawdown in supply.

In response, US benchmark West Texas Intermediate for September delivery was down 16 cents from Wednesday to $41.55 a barrel while North Sea Brent for October delivery fell 14 cents to $43.91.