The new ceasefire comes in the wake of two failed ones that were imposed on October 10 and 18 and both brokered by Russia. 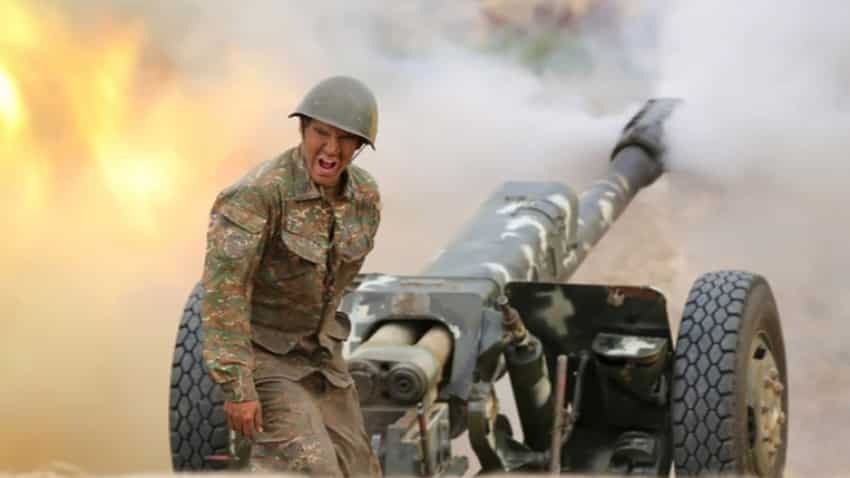 The US State Department has announced that a humanitarian ceasefire will come into effect in the disputed Nagorno-Karabakh region on Monday after Armenia and Azerbaijan agreed to the new Washington-brokered truce.

In a statement on Sunday, the Department said the ceasefire will take effect at 8 a.m. (local time) on Monday.

"The US facilitated intensive negotiations among the Foreign Ministers and the Minsk Group Co-Chairs to move Armenia and Azerbaijan closer to a peaceful resolution of the Nagorno-Karabakh conflict," it added.

During the meetings, Pompeo urged to "end the violence and protect civilians" since the renewed clashes between the two nations erupted on September 27, with intense battles raging in the Nagorno-Karabakh region.

He added that the two warring countries must "implement a ceasefire and return to substantive negotiations".

In the statement on Sunday, the State Department said that a day after the October 23 meeting, Mnatsakanyan and Bayramov met Deputy Secretary of State Stephen E. Biegun, during which they "reaffirmed their countries` commitment to implement and abide by the humanitarian ceasefire agreed in Moscow on October 10".

Reacting to the development, US President Donald Trump said in a tweet on Sunday night: "Congratulations to Armenian Prime Minister Nikol Pashinyan and Azerbaijani President Ilham Aliyev, who just agreed to adhere to a cease fire effective at midnight.

"Many lives will be saved. Proud of my team @SecPompeo & Steve Biegun & @WHNSC for getting the deal done."

Mediators from the Organization for Security and Co-operation in Europe (OSCE) are also due to meet on Thursday to discuss the conflict.

The new ceasefire comes in the wake of two failed ones that were imposed on October 10 and 18 and both brokered by Russia.

Nagorno-Karabakh is a disputed territory which is internationally recognized as part of Azerbaijan but mostly governed by the Republic of Artsakh, a de facto independent state with an Armenian ethnic majority.

The area experienced flare-ups of violence in the summer of 2014, April 2016 and in July tjis year.

Armenia and Azerbaijan went to war over the region in 1988-94, eventually declaring a ceasefire.

However, a settlement was never reached.

HDFC Life helps ‘Dabbawalas’ against the Covid-19 crisis with #PromisewalaDabba

My kick-arounds with Diego Maradona in Cuba