How to say the R-word: Bank executives grapple with recession talk

While policymakers made clear they saw no recession in the next few years, some cautioned incoming data could change their minds on whether the next move should be to raise or lower rates, meeting minutes showed on Wednesday. 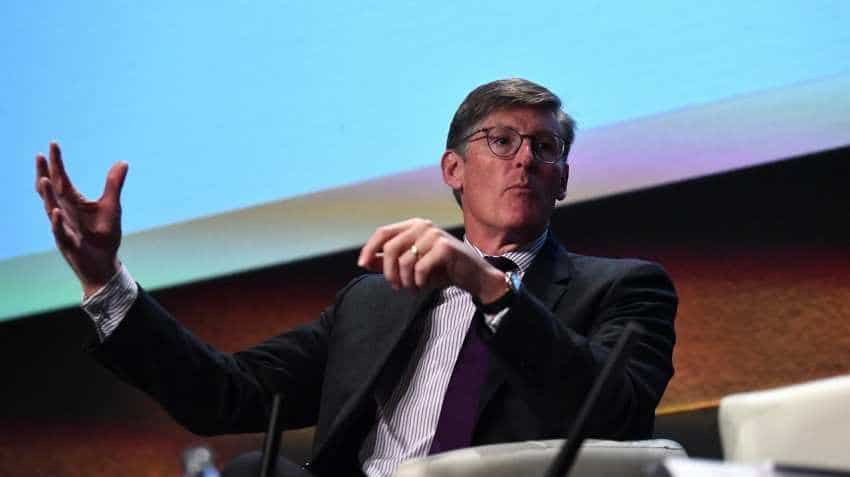 "CEOs are always cautious about commenting on the economic outlook, especially when indicators are negative." he said. Photo: Reuters
Written By: Reuters
RELATED NEWS

Executives at the largest U.S. banks are grappling with how to best talk about the slowing economy and its impact on their businesses as they enter earnings season, people familiar with their thinking told Reuters. Of particular concern is how to deal with the word "recession," which has become all but verboten as U.S. gross domestic product growth has decelerated. Although many economists are predicting a downturn, a big bank executive doing so can become a self-fulfilling prophecy. On the other hand, a top banker dismissing recession worries to calm fears could be seen as uninformed or dishonest. When asked to name the single biggest threat to the U.S. economy at a congressional hearing on Tuesday, Citigroup Inc Chief Executive Officer Michael Corbat answered, "Our ability to talk ourselves into the next recession." The "R word," as some are calling it, has been a topic of discussion during earnings planning, executives, investor relations staff and public relations officials said. There are a few well-tested strategies to reassure investors without misleading them, said Pen Pendleton, founding partner of financial communications firm CLP Strategies in New York, and a former spokesman for Morgan Stanley and Credit Suisse Group AG. If a bank is seeing negative signs in its loan book or markets businesses, executives should say something like "we believe we are competitively positioned in the market place to tackle the challenges," Pendleton said. An easy way to avoid endorsing any particular outlook is to defer to what in-house bank economists are predicting, he added.

"CEOs are always cautious about commenting on the economic outlook, especially when indicators are negative." he said. Even if executives feel obligated to share bad news because of a fiduciary duty to investors, they are likely to hedge what they say, according to an adviser of one of the top 20 banks by assets who spoke on the condition of anonymity. For example, if loan performance suffered executives might speak optimistically about the future, or chalk it up to a "one-time thing" she said. If top bankers do acknowledge a slowing U.S. economy, they would not be alone. The Federal Reserve took a sharply less aggressive posture last month when it signaled it would not hike rates this year and projected slower U.S. growth for 2019. While policymakers made clear they saw no recession in the next few years, some cautioned incoming data could change their minds on whether the next move should be to raise or lower rates, meeting minutes showed on Wednesday. The U.S. economy grew 2.9 percent in the fourth quarter, down from 3.6 percent the prior period and 4.2 percent in the middle of last year.

Wall Street CEOs and CFOs realize that their words carry a lot of weight, given they manage multi-trillion-dollar balance sheets and have insight into nearly every consumer and institutional lending business. Bank stocks can be sensitive to any recession talk that makes headlines. JPMorgan Chase & Co shares fell 1.7 percent when finance chief Marianne Lake said that "recessionary indicators ... are not flashing red, but they are off the floor" at the bank`s investor day in March. Dimon then helped talk the shares back up, saying the bank`s decision not to raise its profitability target was not a warning about the economy and that JPMorgan was not predicting a recession, though it was nonetheless "prepared for one." "In a world of sound bites it`s difficult to be nuanced about recession risk," said Wells Fargo bank analyst Mike Mayo. "It`s a fine line between alarming (markets) and conveying an impression of being recession-ready." The pressure to say the right thing can be intense enough to cause sleepless nights, executives and their counselors say.

Ronn Torossian, head of New York-based 5W Public Relations, said he once spent nearly all night with a senior bank executive rehearsing, taping and listening to prepared remarks for the next day`s earnings discussion with analysts. "I was next to him and he did a shot of tequila a few minutes before the early morning call," Torossian said. "That may have helped more than the training." JPMorgan and Wells Fargo & Co will kick off bank results on Friday, followed by Citigroup, Goldman Sachs Group Inc, Bank of America Corp and Morgan Stanley next week.